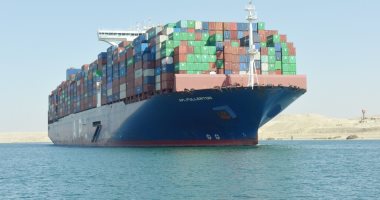 Data from the Central Agency for Public Mobilization and Statistics monitored the development of the Suez Canal Authority’s revenues from January to November 2022, as well as the number of ships transiting the Suez Canal during the same period of the year.

Since the beginning of the year, the Suez Canal has achieved good indicators in terms of revenues and ship traffic, despite the crisis resulting from the Russian-Ukrainian war. The result was an increase in the revenues of the canal by the end of the current year 2022 to $7.9 billion, compared to $6.2 billion in 2021.

Amr Fattouh: Presenting the recommendations of the Industry Committee of the Businessmen Association and the Generation Party is a great success for the economic conference

We publish the details of the sessions and activities of the Economic Conference October 23, 2022