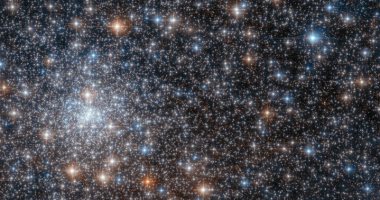 A team of scientists has been able to explain the anomalous behavior of the star Gaia17bpp, which has gradually increased in brightness over the course of two and a half years.

The star Gaia17bpp has begun to shine again after a 7-year eclipse. The dimming of the distant star was not caused by internal changes, but rather by a cloud of dust surrounding the companion star, according to the RT report.

The discovery indicates that the star Gaia17bpp is part of a rare type of binary system, and its recently observed sudden brightness was the result of the end of the eclipse caused by its white dwarf companion.

The main hypothesis says that Gaia17bpp, a red giant 55 times larger than the sun, may be an example of an extremely rare binary star system whose light is blocked by a small companion star surrounded by a massive disk of dusty material that passes in front of the larger star every 100 or 1000 years.

Astronomers note that this discovery is “remarkable”, because the binary system that includes the star has a very long orbital period. As such, making observations of this rare eclipse of the star was a once-in-a-lifetime opportunity.

Scientists were able to obtain the data thanks to the Gaia spacecraft launched in 2013, which aims to stare at billions of stars, determine their locations, and obtain very detailed information about their properties, including their brightness.

“While investigating Gaia’s dataset we came across a very unusual star,” University of Washington astrophysicists Anastasios Andy Tzanidakis and James Davenport said during a press conference at the 241st meeting of the American Astronomical Society. Archival data showed that around 2017, Gaia17bpp, which started “Barely detectable, in the glow for about two and a half years. That was really cool, stars don’t usually do that.”

Tzanidakis and his colleagues turned to other archive data to see how the star had behaved in the past. They found Gaia17bpp records going back to the 1950s. For most of that time, the red giant has remained at the same constant brightness.

“Then, around 2012, the star suddenly started to disappear until it fully reappeared in 2019,” Tzanidakis continued.

He added that the fact that such flashing behavior had not been seen in the archives for more than 70 years indicates that such events occur on time scales of 100 or even 1,000 years. Tzanidakis added: “It is likely that these eclipses will be once in a lifetime. We may not see it again

While scientists are still not sure what causes the dimming, they believe that there is a small companion star orbiting Gaia17bpp. They said that this companion may be surrounded by a long disk of dust greater than the average distance from Earth to the sun.

Tzanidakis linked the event to another mysterious star known as Epsilon Aurigae, a giant that undergoes an eclipse for two years every 27 years, and which may also be surrounded by a companion carrying a disk, Live Science previously reported.

Many other stars are known to have similar eclipse events, but “it remains unclear what the relationship is between all these systems,” says Tzanidakis.

Tzanidakis noted during the press conference that he and his colleagues have many remaining questions about the Gaia17bpp flash, such as whether it was really a disk of dust that caused the event, and if so, how the disk appeared and what it was made of.

Given the rarity of such behavior, it may take some time to unravel these mysteries. But for now, this is “the longest and deepest flash event we’ve found in public data archives,” according to Tzanidakis.

A security researcher reveals flaws in the Zoom application.. Get to know them

All you need to know about Snapchat’s “Family Center” feature