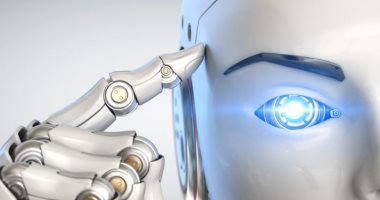 Waiting on bank customer service calls or any other service you deal with is a special kind of hell, but the technology company DoNotPay has developed an artificial intelligence tool that can use “deepfake” to fake your voice and wait for you.

According to the British metro website, DoNotPay, the technology company behind the world’s first “robot lawyer”, has created a new tool that can speak to bank customer support using a copy of your voice generated by artificial intelligence.

The company’s founder and CEO, Joshua Browder, posted a demo video to Twitter showing a fake AI version of his Well Fargo voice call and successfully canceling the wire fee.

“We plan to make the tool publicly available with a set of public custom voices, but for a user’s own voice, this would be an excellent option,” Browder told Motherboard. The app could be applied to “endless legal negotiations, such as calling South West for a refund.

The tool was built using a combination of Resemble, a site that allows users to create their own AI voices, GPT-J, an unofficial open source language model, and Do Not Pay AI models for the script.

However, judging by the video, it’s clear that the bot is on the phone, making it look more natural might take a little more work but Do Not Pay plans to make the tool available to customers for now.

Browder, a Stanford-educated computer scientist, launched DoNotPay in 2015 as a chatbot that provides legal advice to consumers dealing with late fees or fines. The ultimate goal is to have his app replace lawyers entirely in order to save defendants money. Last month, his company’s chatbot successfully negotiated with representatives of Comcast Internet Services to save an employee $120 annually from their Internet bill.

Bitcoin depreciation after a noticeable rise over the past days

Senator urges US customs chiefs to limit inspections to suspects only

Russians create a marine robot that can carry drones