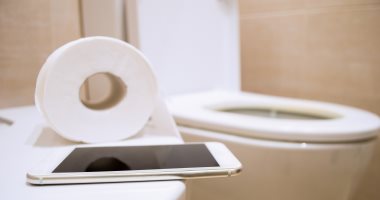 Vivoo has unveiled a smart toilet device that can test urine and send the results to your phone, and the technology is built into a device that can be installed on existing toilets, reports engadget.

Vivoo, which has offered at-home urine tests for the past few years, designed this system with residential care, seniors, and healthcare providers in mind, and it could give those who simply want to know more about what’s going on with their bodies some extra data.

The device will automatically align the test strip with a person’s urethra, and according to Vivoo says this approach should reduce the risk of mess associated with a handheld strip.

An optical reader similar to those used in hospitals analyzes the urine sample for four health parameters and delivers the results to the Vivoo app within 90 seconds.

The company suggests that the results could provide “indications of certain deficiencies or abnormalities” and help in the early detection of some conditions.

Vivoo says its app can provide data on your body’s water, magnesium, pH, protein and sodium levels, among other things, though a disclaimer on its website says these measurements are not intended for medical use and offers nutritional advice based on the results and Vivoo may suggest supplementation. Dedicated.

The company claims that the smart toilet device is easy to clean, and adds that the system has an ergonomic design, however, based on images provided by Vivoo, the device is placed at the front of the toilet seat and looks somewhat cumbersome, and people who need to sit down to urinate may find it difficult to place Their legs are around, like the elderly and those with mobility problems.

Elon Musk announces a new update to the Twitter platform

AirTag raises controversy between Apple and a German airline