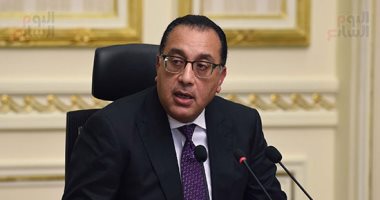 The government has prepared a new initiative to support the productive sectors (industry and agriculture); With the aim of providing soft-interest financing for companies operating in the two activities to expand existing projects and establish new ones to achieve the state’s plan to increase Egyptian exports and reduce the import bill, “The Seventh Day” presents questions and answers about the new initiative.

Q- First of all, who prepared the initiative to support the productive sectors?

C- The government has prepared a new initiative to support the productive sectors (industry and agriculture), with the participation of the Federation of Egyptian Industries, the Egyptian Businessmen Association, and the Federation of Small and Medium Enterprises Investors.

Q- What is the aim of launching the initiative?

C- The aim of the initiative is to work to support and encourage the productive sectors, and to enhance local production, by focusing on priority sectors, especially the industrial and agricultural sectors. In order to achieve the developmental and economic goals of the Egyptian state, and to increase our capabilities to face the repercussions of global crises.

Q- What are the most prominent features of the new initiative?

C- The most prominent features of the initiative to support the productive sectors include reducing interest rates on loans provided to industry and agriculture; to help it face those negative repercussions; So that the total value of the proposed initiative, which starts from the approval of the Council of Ministers in its next meeting for a period of five years, is about 150 billion pounds, of which about 140 billion pounds are financing working capital operations, in addition to about 10 billion pounds to finance the purchase of capital goods.

The amount of credit available to each company will be determined in light of the size of its business and the banking rules regulating it. Finance will also be provided to companies joining the initiative at a low interest rate of 11%, provided that the state bears the difference in the interest rate.

Q- What is the financing ceiling for each company?

C- A ceiling has been set for each company to benefit from, so that each company gets a maximum financing amount of 75 million pounds at a fixed interest rate of 11%, and it was determined after a statistical study with the aim of expanding the base of beneficiaries, which helps not to affect the volume of production in factories as a result of shortage or insufficient financing. working capital.

It was also agreed not to cancel the initiative suddenly, but rather to decrease it at a rate of 20% every year to remedy any sudden decisions, which is what the Egyptian Businessmen Association has adhered to since its meetings with the government after canceling the Central Bank’s initiatives.

Q- And when will the initiative be implemented?

C- The initiative will be implemented as soon as it is approved by the Council of Ministers at its meeting next week.

Q- What is the opinion of business organizations on the initiative?

C- The President of the Federation of Industries thanked the government for presenting this initiative, stressing that it suits the largest segment of manufacturers and farmers, and at the same time thanked the government and the banking sector for the efforts currently being made in the customs release of goods, goods, and production requirements.

The Egyptian Businessmen Association praised the government’s initiative to support interest rates to finance the industrial and agricultural sectors since the decisions of last November 19 to cancel the Central Bank’s initiatives, and that it will reduce the burden on the industrial sector, which was severely affected by the foreign currency rate as a result of the volume of imports from abroad of production requirements and raw materials, which is reflected in The price of products in the market during the coming period.

The initiative is also positive and came at the right time, in light of the sector’s suffering for months from the rise in production costs and the prices of raw materials and production requirements, and it was affected by the floating of the Egyptian pound and the cancellation of low-interest financing initiatives for the industrial and agricultural sectors.

The price of the euro today, Friday 19-8-2022 against the Egyptian pound

Official Spokesperson for Importers: 10 Recommendations to Provide Dollar Liquidity and Resolve the Stalled Entry of Imports