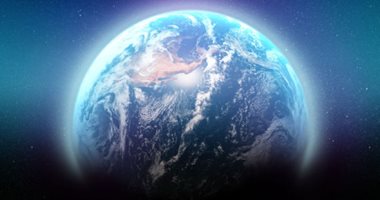 Russian environmental scientist Igor Shkradyuk announced that several devices should be launched to monitor ozone-depleting substances, then we will get a clear picture of how to reduce emissions to the atmosphere, according to RT.

In an interview with Izvestia newspaper, the scientist commented on the United Nations report on the return of the ozone layer to what it was in 1980, that is, before the ozone hole formed, which indicates that this will happen in the Antarctic in 2066, in the Arctic in 2045, and in 2040 in rest of the regions.

According to him, a whole group of substances can destroy the ozone layer, including organic compounds containing chlorine, bromine and iodine in the first place.

He says: “These substances remain in the atmosphere for different periods. They are usually at a very low concentration, so very sensitive measuring devices are required to control them. This is a complicated matter.”

He says: “It turns out that the percentage of ozone-depleting substances decreases in the upper layers of the atmosphere (50 km and above), so it is easy to recover the amount of ozone. But at or below the altitude of aircraft flight, the amount of ozone does not increase, because many harmful substances are emitted from the ground. And that humanity It releases a small amount of harmful substances that do not dissolve in the atmosphere and rise to its upper layers.

He adds, but humanity still releases a large amount of substances that quickly decompose into the atmosphere to an altitude of 50 km, so our task is to reduce this amount.

He concludes: “Overall, the authors of the report are confident that efforts to reduce emissions will have a positive impact and the atmosphere will become cleaner. The picture here is complex and incomplete compared to climate changes and the amount of greenhouse gases. Therefore, it is necessary to launch more instruments into space to monitor the content of ozone. to the ozone layer.

Spotify users can spy on what others are listening to

Residents of Russia will witness several astronomical phenomena in 2023