Samir Othman and Ahmed El-Shennawy, arbitration experts on Ontime Sports channels, confirmed the right of Al-Ahly to receive a penalty kick that was not awarded in the super match against Zamalek.

Al-Shennawy said during his refereeing paragraph after the end of the Super match: “The Portuguese referee was supposed to see a better performance from him, and the commitment of the players of the two teams helped him a lot, but he lacked a lot of strength of character and good dealing with the players.”

Al-Shennawy added: “In the event that Ahmed Abdel Qader asks for a penalty… here the referee is about 20 meters away from the case, as He has no vision, no details of the error.”

He continued: “In this case, the referee gave the player a yellow card for acting. But it is better not to make a decision, and leave the final decision to VAR. He made the decision and he sees nothing.”

He continued: “The referee decided that it was a case of representation according to the form of the case, but the latest FIFA directives say that fraud should only be counted when there is any contact.”

Al-Shennawy confirmed that Al-Ahly did not deserve to receive a penalty kick after Mohamed Awad, the goalkeeper of Zamalek, intervened with his foot on Ali Maaloul, because the first possessed the ball completely.

And about Hamdi Fathi being beaten inside the penalty area, El-Shennawy said: “The case first does not have infiltration, as the Zamalek player is the one who deliberately played the ball and reached the Al-Ahly striker.”

He continued: “The first contact is a normal contact, but in the second contact, the Al-Ahly player was jumping to play the ball.. Where is the video technology here, I do not know.. There is no legal shoulder, the legal shoulder requires that the ball be on the field, and the defender and striker have a chance in Getting the ball, it’s a penalty.”

For his part, Samir Othman said: “The ball is in the air, if the defender and the striker jump together, then the game continues, but here the Al-Ahly player tried to get the ball, and the Zamalek player attacked him while he was on the ground, so it is a penalty.”

The first team of Al-Ahly club was crowned with the local super title for the last season 2020-2021, after beating Zamalek with two goals without a response, in the match that was held at Hazza Bin Zayed Stadium in the Emirati city of Al Ain.

Al-Ahly’s two goals in the top match were scored by Brazilian Bruno Savio in the 40th minute of the first half, and Karim Fouad in the 92nd minute, so that the Red Genie won the local super title for the 12th time in its history. 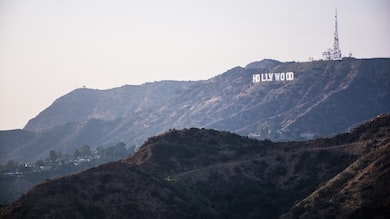 FilGoal | News | Bruno: This is not the time to play the World Cup..and we are not happy with what we heard about the scenes

FilGoal | News | Thanks to Henderson and the determination of the defense.. Nottingham Forest has achieved a victory absent since 1999