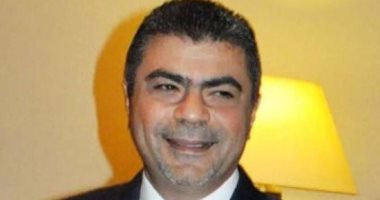 Businessman Ayman Gemayel, Chairman of the Board of Directors of the Group, said“Cairo3A” For agricultural and industrial investments, the Egyptian economy, during the last five years, has become characterized by great diversity in the fields of production and investment. A major attraction for foreign investments during the next stage

Businessman Ayman Gemayel stressed that the International Monetary Fund’s approval of the new financing program to support the Egyptian economy at a value of $3 billion is a new certificate of confidence from international financial institutions, that the Egyptian business environment has become more attractive after the comprehensive economic reform programs to foreign and domestic investments, indicating that the economy Al-Masry now has great attractions for foreign investments, based on a developed infrastructure. able to accommodate productive projects; With a significant rise to empower the private sector, and increase its contributions to the development process and economic activity

Ayman Gemayel added that one of the biggest crises facing the Egyptian economy eight years ago was the structural imbalance crisis, the infrastructure crisis and the energy crisis, noting that President Abdel Fattah El-Sisi was able, under his wise leadership, to lead the largest economic reform process, eliminating the parallel market and addressing the structural imbalance. For the economy, it was also able to establish an unprecedented infrastructure and to reach highways and services to every region in Egypt, as well as new areas that are considered a promising investment treasure at all levels.

Ayman Gemayel continued that the third deep crisis, for which President Abdel Fattah El-Sisi was able to find radical solutions and turn it into one of the keys to attracting investment, is the energy crisis in which Egypt was facing a severe deficit and is likely to escalate. However, President El-Sisi was able to restore the confidence of foreign partners and push them. To continue their projects in Egypt on various sectors, including the gas and oil exploration sector, the electricity production sector, and the new and renewable energy sector, until Egypt turned into a regional energy center in the Middle East and North Africa region, which is strongly reflected in the diversification of the economy and promising investment opportunities for Egypt.

Gold prices today in Egypt, after raising the interest rate by 2%

Planning: spending 100 billion pounds on implementing the first phase of a decent life within a year