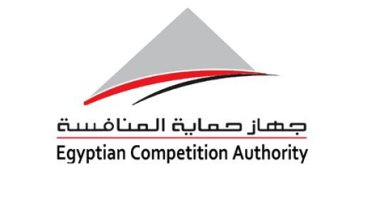 The House of Representatives approved a set of amendments to Law No. 175 of 2022 amending some provisions of the Law on Protection of Competition and Prevention of Monopolistic Practices promulgated by Law No. 3 of 2005. Among the most important of these amendments are the amendments introduced by the law in relation to the concept of economic concentration and the cases that fall under its rule.

According to the amendments, there are several cases that the law does not consider economic concentration, and they came according to the following:

The temporary acquisition by any of the companies working in the field of securities of securities held by a person for the purpose of reselling them within a year from the date of acquisition, provided that they do not exercise any voting rights or take any action or measure that would affect strategic decisions or business objectives. to the possessed person.

The amendment permitted the Competition Protection Authority to extend this period upon request if the acquirer proves that the securities cannot be resold within a year, as determined by the executive regulations of this law.

The amendment also excluded from cases of economic concentration the occurrence of a merger or acquisition between companies belonging to the same person, and this process is a kind of restructuring, and the obligation to notify does not arise except in the event of a change in control or material influence, directly or indirectly.

The new amendments defined the concept of economic concentration as every change in control or material influence in the person of several persons, which is the result of any of the cases, which is the merger of one or more persons with an existing person who retains his legal personality after the merger, or the creation of a new person by mixing two the least of the persons, which were previously independent, and the expiry of its legal personality or any of its parts.

Included within the concept of economic concentration is the acquisition by one or more persons, directly or indirectly, of control or material influence over another person or part thereof by virtue of a contract, or through the purchase of securities, assets, or other methods. The acquisition may take place individually or Collective Creation of a joint venture or the acquisition by two or more persons of an existing person for the purpose of establishing a joint venture that carries out economic activity independently and permanently.

The Financial Supervisory Authority sets 13 obligations for the checking company.. Get to know them

Planning: We achieved 100% rice self-sufficiency during 2021