Hassan Abdullah, the governor of the Central Bank, said during a press conference today, Thursday, “liberating the price of the pound against the dollar according to supply and demand.”

This came during a press conference by Prime Minister Mostafa Madbouly, in the presence of the Governor of the Central Bank and the head of the International Monetary Fund mission in Egypt.

This comes in the wake of the government’s announcement, yesterday, Wednesday, of a series of new social protection measures to confront the high prices.

He added that the arrival came as a result of fruitful discussions between Egypt and the International Monetary Fund, in which the two parties agreed on an integrated package of policies, measures and economic and structural reforms that are consistent with the National Reform Program, noting that this will enhance macroeconomic stability.

He stated that the Central Bank aims to rebuild international reserves in a gradual and sustainable manner, as the program was designed after ensuring that the financing gap would be closed within the next 4 years.

Egypt had requested a loan from the International Monetary Fund last March, to face the repercussions of the Russian-Ukrainian war, and the lack of dollar resources.

Today, the Central Bank issued a package of exceptional decisions that included raising the interest rate by 2%, canceling documentary credits completely next December, and setting the exchange rate of the pound according to supply and demand with a flexible exchange system.

The pound exchange rate fell today against the dollar, to the level of 22.50 pounds for sale in some banks.

The Central Bank also announced today financial derivatives tools to hedge against the exchange rate risks against the pound.

It coincided with the Central Bank’s decision to issue a triple savings certificate by Al-Ahly Bank and Egypt, at an annual interest rate of 17.25%. 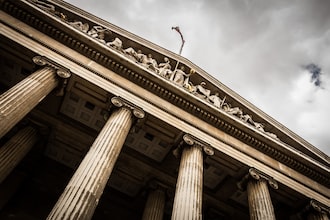 Freedom of residence on personal sponsorship.. the UAE introduces a virtual work permit for the first time

Scattered rain and air depression .. “Meteorology” announces the weather for the next hours