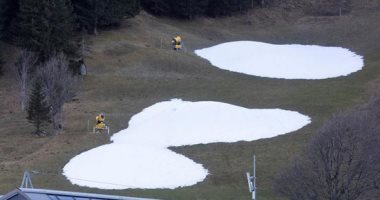 Nature Communications notes that during the study, scientists studied satellite images as well as climate and ocean data to determine the effects of melting the ice sheet in West Antarctica, which contains enough ice to raise sea level by 3.3 metres.

Since the early 1990s, scientists have noticed an acceleration of ice melt in this region, due to climate change caused by human activity over the past century.

Now experts have discovered marked local differences in the evolution of the West Antarctic ice sheet since 2003 due to climate change, and it turns out that ice sheet evolution is affected by changing strength and direction of coastal surface winds.

As the prevailing winds in this part of Antarctica blow from the west, they lift the warmer and saltier waters from the ocean depths that reach the Antarctic coast, and speed up the melting of ice.

However, during the years 2003-2015 the prevailing westerly winds off the coast of the Amundsen Sea decreased in intensity. This means that deeper, warmer waters cannot penetrate the ice.

This is evidenced by the behavior of the ice sheet, in which the rate of melting has decreased significantly, and scientists believe that this is caused by the unusual deepening of the low-pressure system of the Amundsen Sea, which led to the incursion of less warm water.

Can robots exchange laughter with humans?

How does the global supply chain crisis affect the iPhone 14 Pro price?

How do you do it?.. How to deal with and fix Twitter Space creation issues

What does it mean?.. “TikTok Now”, which was launched by TikTok some time ago