Al-Suwaidi: The CIB Foundation is the hospital’s diamond sponsor and success partner, with a total donation of 40 million pounds

​Adel Ahmed: We chose this day to sign specifically to coincide with the International Day for Patient Safety

The Ahl Masr Foundation for Development has signed a cooperation protocol with the Commercial International Bank-Egypt Foundation, CIB Foundation, at the headquarters of Ahl Masr Hospital in New Cairo, to finance the “From the wound, a star is born” initiative to purchase the necessary equipment as part of the preparations currently being made to operate the hospital and start receiving cases, and the value of the donation amounted to The cooperation protocol stipulated 40 million pounds, and the signing also included placing the commercial international bank’s brand on a board of honor as the success partner and diamond sponsor of the hospital.

Dr. said. Heba Al-Suwaidi, Chairman of the Board of Trustees of the Ahl Masr Foundation for Development, said that the new protocol is an extension of the years of continuous cooperation of the CIB Foundation with the Foundation as part of its efforts to complete the Ahl Masr Hospital for the treatment of burns free of charge, expressing her pride in being the diamond sponsor of the hospital. This comes within the framework of his constant keenness to donate and contribute to ending the pain of burn victims by allocating funds on an ongoing basis to help in the comprehensive equipment of the hospital, noting that the coming period will witness more cooperation between the people of Egypt and the CIB Foundation.

Dr. said. Adel Ahmed, Executive Director of Ahl Masr Hospital, chose this day to sign specifically to coincide with the International Day for Patient Safety, due to its great importance in the medical and health community, given that the patient is located in the heart of the entire medical system, and we take into account side by side that the hospital ensures that no patient is injured Additional damages while he was there and receiving treatment services inside.

The engineer said. Sherif Al-Saeed, Director of the Commercial International Bank Foundation, based on the institution’s pivotal role in supporting social responsibility in general and contributing to the upgrading of the health system in particular, the Commercial International Bank Foundation signed a cooperation protocol with the Ahl Masr Foundation for Development to support the Ahl Masr Hospital for the treatment of burns free of charge, which is considered The first hospital of its kind in Egypt, the Middle East and Africa. 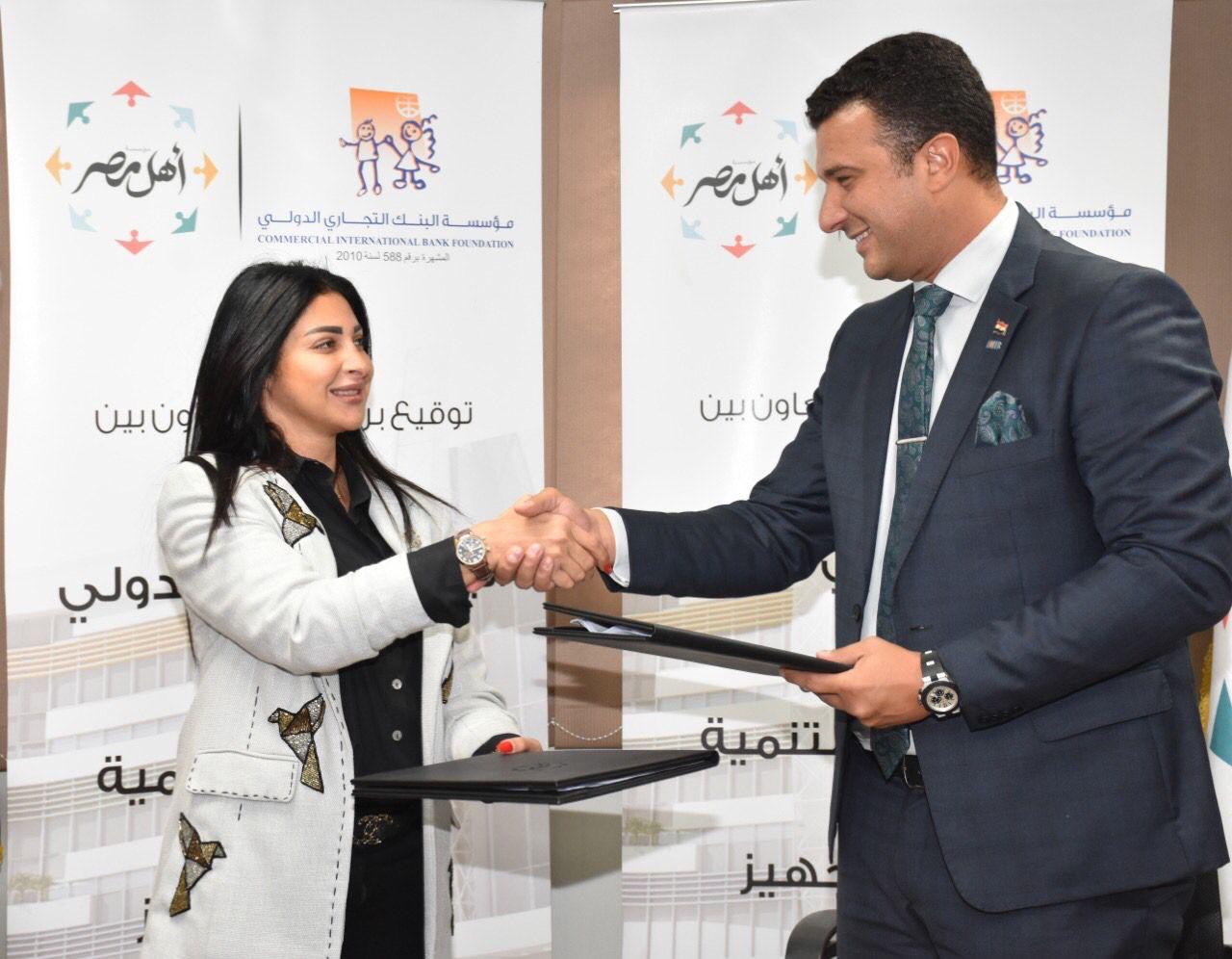 And A. added. Sherif Al-Saeed, Director of the Commercial International Bank Foundation, said that the bank, under this cooperation, would provide a number of the latest medical devices that enable the hospital to carry out its tasks and contribute to alleviating the pain of patients, explaining that the signing of the protocol reflects the bank’s interest and its pivotal role in supporting the social responsibility sector in all its fields. The first of these is the health field, where the Bank plays a prominent role in providing all forms of support for the advancement of this vital sector in various disciplines and contributing to the advancement of the medical system. 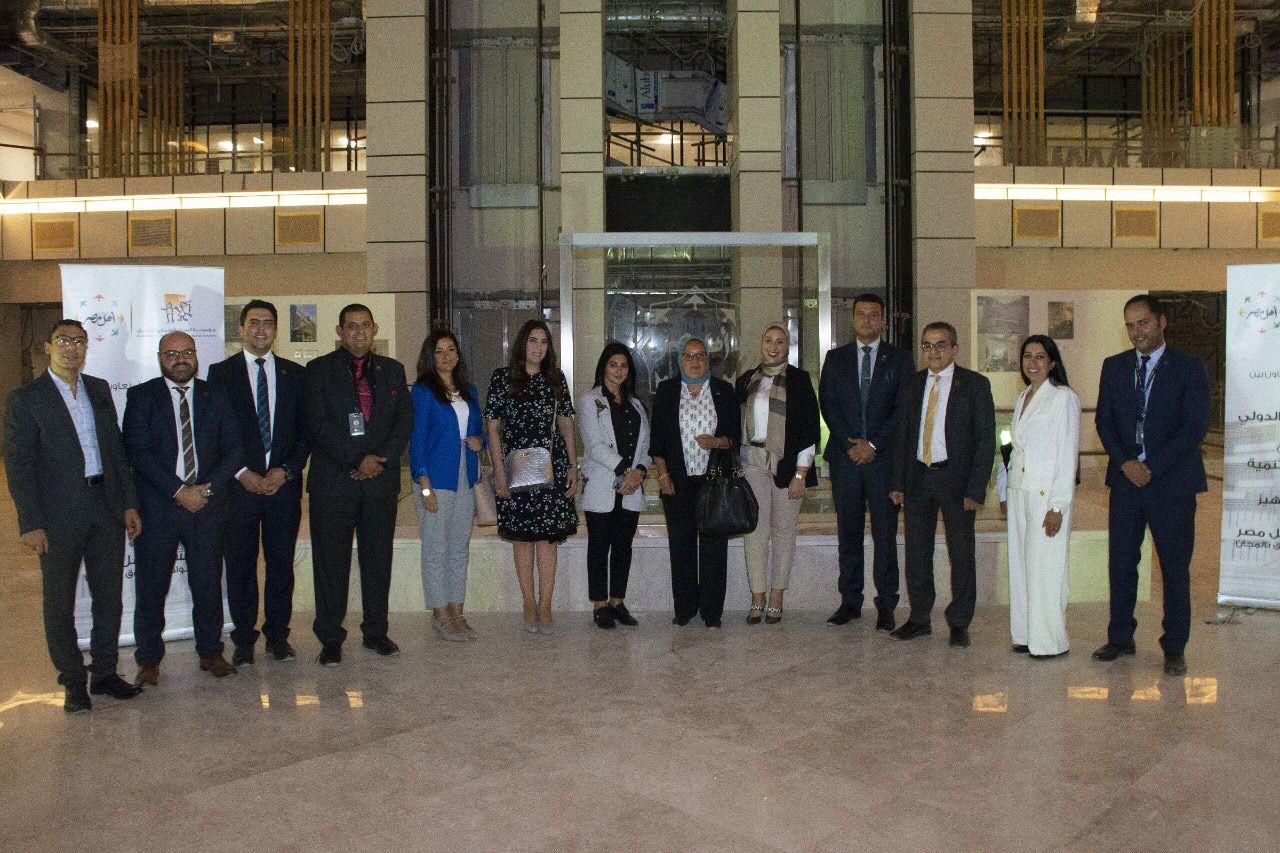 The cooperation protocol reflects the banking institutions’ endeavor to implement Egypt’s Vision 2030, which includes supporting non-profit institutions such as the Ahl Masr Foundation for Development, which aims to improve the lives of citizens through its prominent role in establishing the Ahl Masr Hospital for the treatment of burns free of charge and working to care for and support burn survivors at all stages. Ahl Masr Foundation for Development also expresses its appreciation for the continuous support of all institutions in different sectors, to contribute to fulfilling its role through which it seeks to open the hospital and receive and treat cases free of charge.

About the Ahl Masr Foundation for Development

It is the first non-profit development organization in Egypt, the Middle East and Africa concerned with issues of prevention and treatment of accidents and burns, established in 2013 under the number 2013/728.

Ahl Masr Foundation for Development is considered one of the Zakat and Charity banks with Fatwa No. 109

The Foundation aims to revolutionize the concept of charitable and voluntary work and health care in Egypt. Through its dedicated and dedicated team, the Foundation was able to become a distinguished and effective institution that was able to shed light on issues marginalized and unknown to many, namely, accidents and burns.

The vision of the Ahl Masr Foundation to reach the year 2030 with (Humanity without burns).

– Programs of the Ahl Masr Foundation for Development

• Awareness and prevention program against the risks of burn accidents

It is the first hospital and research center specialized in treating accidents and burns free of charge in Egypt, the Middle East and Africa. It was designed with a capacity of 200 beds, and it consists of 6 floors in addition to 2 air ambulance landings, not for luxury, but for the speed of transferring cases. The burn victim cannot last more than 6 hours, and there are We have an emergency department that can be converted into more than one intensive care unit that receives 30 cases.

The hospital, whose land has been allocated by the Egyptian Ministry of Housing, is located in the First Settlement area in New Cairo – Egypt, on a land area of ​​12,200 square meters, and a building area of ​​45,245 square meters.

About the Commercial International Bank Foundation

The Commercial International Bank Foundation was established in 2010 as a non-profit organization registered with the Ministry of Social Solidarity No. 588. The Foundation aims to raise the level of health and nutritional services for needy children who suffer from deficiencies in medical services and financial resources through effective community initiatives, and the efforts of the Bank Foundation are not limited to The International Commercial Bank is only financially donating, but the Foundation is keen to follow up on projects and to ensure the effectiveness of interventions.

Through tight action plans, CIB Corporation works with child health service providers for free, whether from the public, private or non-governmental sectors, to ensure access to the largest segment of society and maximize the value of the Corporation’s initiatives to achieve positive and sustainable results.