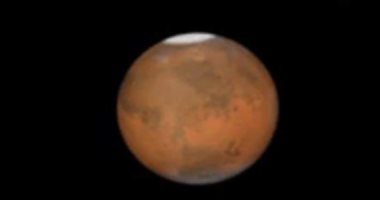 A portable laser could help find life on Mars or Jupiter’s moon Europa by analyzing the chemistry of small planetary materials. A team led by the University of Maryland announces the NASA-funded device, a miniaturized version that can be easily stored and maintained in space mission payloads.

According to the British newspaper “Daily Mail”, the device, which weighs only 17 pounds, uses a pulsed ultraviolet laser to remove small planetary particles from planetary materials, which are analyzed by Orbitrap for organic compounds, and this innovation is less likely to contaminate or damage a sample, It could be launched into space within the next few years.

“Orbitrap was originally built for commercial use, and you can find them in the pharmaceutical, medical and protein industries labs,” said lead researcher Professor Ricardo Arevalo, from the University of Maryland.

Professor Arevalo added, “It took us eight years to make a prototype that can be used efficiently in space, significantly smaller and less resource intensive but still capable of cutting edge science.”

The team’s new instrument pairs the Orbitrap with an LDMS (laser absorption mass spectrometer), which can be applied directly to the sample, and the scanning technique has yet to be applied in an extraterrestrial planetary environment.

The instrument has the same benefits as its larger predecessors but is streamlined for space exploration and in-situ planetary material analysis, Arevalo said.

Analyzes of a planet’s surface or material are also much less intrusive, making contamination or damage much less likely than current methods for identifying unknown compounds. If a laser beam were fired at an ice sample, scientists would be able to determine the composition of the ice and see biosignatures in it.

This tool has a high mass resolution so that any molecular or chemical structures in a sample become more identifiable, and the laser allows researchers to access larger, more complex compounds that are more likely to be associated with biology.

Details of balloon trips to the edge of space, worth 200 thousand dollars