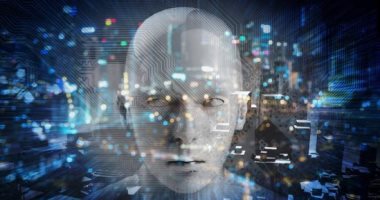 No longer will shoppers have to squeeze fruits and vegetables in the supermarket to guess how ripe they are, as three of the UK’s biggest retailers are in talks to install state-of-the-art scanners that predict shelf life within one second.

According to the British newspaper “Daily Mail”, customers will simply be able to pick up an item, such as an avocado or a mango, and place it under a machine that scans it using an infrared beam, and in less than a second, the screen above will flash with a degree out of 100 revealing its ripeness and estimating the number of days until it becomes invalid.

Dutch company OneThird says its invention will stop the massive levels of food waste that cost retailers and consumers billions of pounds each year globally.

A ‘ripeness checker’ will be used for soft, exotic and stone fruits and vegetables that are particularly prone to spoilage. Using infrared light, the machine scans the product at the molecular level, for example water, sugar and starch content, then cutting-edge AI compares this to hundreds of thousands of other examples. in its database and see the success of similar items.

The accuracy of the machine, which is expected to be able to predict the shelf life of 10 fruits and vegetables by the end of the year, depends on what is being tested.

The result will appear on the screen from zero to 100 for avocados, and the machine will be able to narrow its estimate down to one day for strawberries.

OneThird founder Marco Snickers told the Daily Mail that they are in talks with three major British retailers to install the machines, but he said everyone is already using the machines in their supply chains.