Today, Saturday, October 29, 2022, the Egyptian economy news varied, most notably under the patronage and honor of President Abdel Fattah El-Sisi, President of the Arab Republic of Egypt, the Federation of Egyptian Industries organized the “Annual International Forum and Exhibition for Industry”,

Under the patronage and honor of His Excellency President Abdel Fattah El-Sisi, President of the Arab Republic of Egypt, the Federation of Egyptian Industries organized the “Annual International Forum and Exhibition for Industry”, which comes its first session for this year in keeping with the centenary of the Federation of Egyptian Industries during the period from 29 to 31 October 2022 AD at the Manara Center for International Conferences and Exhibitions next to Al-Moshir Mosque – Fifth Settlement – New Cairo.

Minister of Petroleum: Egypt is distinguished by the ingredients for supplying ships with LNG as a low-carbon fuel 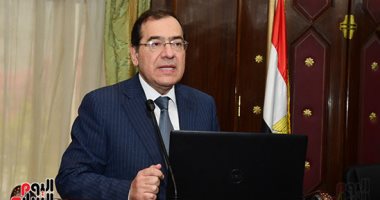 Within the framework of the Ministry of Petroleum and Mineral Resources’ strategy to expand the use of clean, low-carbon fuels, the Egyptian Natural Gas Holding Company (EGAS) signed a letter of intent with Shell International, Pyramid Shipping, Affinity and Eagle Gas, with the aim of studying cooperation in the LNG ship refueling project in Egypt. Establishing a joint company to carry out a feasibility study for the project and identify the most appropriate means for its implementation.

Commenting on this signing, the Minister of Petroleum and Mineral Resources, Tarek El Molla, affirmed that the petroleum sector has taken concrete steps to cooperate with international companies to reduce carbon emissions. His quest to benefit from Egypt’s position in enhancing its role as a regional center for energy trading and trading, makes many contributions, especially with regard to maximizing the use of clean fuels, noting that the Egyptian state supports these trends and attaches great importance to them. 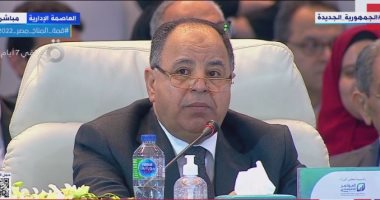 Minister of Finance Mohamed Maait confirmed that Egypt will adopt the issues of the African continent on the “Finance Day” organized by the Ministry of Finance in Sharm El-Sheikh on November 9, in the presence of finance ministers of a number of countries, heads of regional and international financial institutions and managers of a group of international banks. And others concerned with climate finance issues, as part of the activities of the Climate Summit, which Egypt will host during the period from 6 to 18 November.

Maait indicated that Benedict Orama, President of the African Export-Import Bank, Samaila Zubairou, President of the African Finance Corporation, Hanan Morsi, Vice-President of the Economic Commission for the African Continent, and Gabriel Ibrahim, Minister of Finance of Sudan, confirmed their participation in the “Finance Day”, which aims to effectively contribute to the transfer of international commitments to Executive measures, and the translation of financial commitments into investment opportunities in the African continent, especially in light of the intertwining of the negative effects of the Corona pandemic with the repercussions of the war in Europe, and climate changes, in a way that contributes to making the brown continent more able to expand green projects and achieve sustainable development.

Muhammad Al-Suwaidi: He put forward a plan to increase exports to 100 billion dollars within 3 months 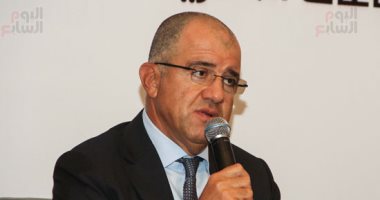 Eng. Mohamed Zaki El Sewedy, President of the Federation of Egyptian Industries, said that investment must be supported from all directions, saying: “Our role is that any investor must provide the legislative environment… and employment and provide services and sectors… and we must think where we were and where we stayed… We have opportunities.” It is very large..and we have requests from medium and large companies..he faces challenges..but we do not leave the investor.”

During his speech at the launch of the first international forum and exhibition for industry in the presence of President Abdel Fattah El-Sisi, Al-Suwaidi added, “We have very large projects…but we have to deal with testing laboratories abroad…this takes a lot of time and cost…and this is an invitation to the private sector and foreign companies…we have Universities labs. Universities labs can be converted into testing labs, which contributes to development, use and raising efficiency.. Universities labs are an independent body for testing raw materials at the level of Egypt.

Business sector: Mukhtar Ibrahim Company implements a water transmission project in the Emirates with a value of 1.9 billion pounds 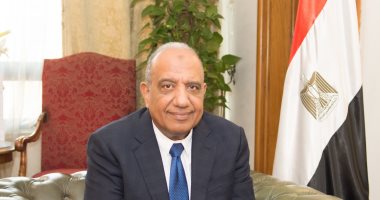 The Egyptian Contracting Company (Mokhtar Ibrahim), a subsidiary of the Holding Company for Construction and Development, one of the companies of the Ministry of Public Business Sector, won the implementation of the water transmission system project at the third unit pumping station in Abu Dhabi, United Arab Emirates, with a value of about EGP 1.9 billion..

Engineer Mahmoud Esmat, Minister of Public Business Sector, stressed, in a statement today, that this project comes within the framework of the work strategy, and the ministry’s keenness to expand the work of its subsidiaries locally and abroad, and interest in opening new markets and expanding in the field of real estate export and implementing mega projects internally and externally, which contributes In providing hard currency and maximizing corporate returns.

Eng. Esmat pointed out that the Ministry’s construction and reconstruction sector possesses huge capabilities and accumulated experiences, which are being exploited and developed during the next stage within the framework of the state’s general policy to maximize asset returns..

The scope of the project, which extends over 54 km, includes water transmission lines from the existing Third Unit Station to the Fourth and Fifth Units, and includes developing 29 feeding points (mechanical control) and converting them to electronic control, and 22 tunnels under roads, gas lines and utilities Existing, supplying and installing 172 km of fiber optic cable and 54 km of steel pipes.

The project also includes expansion works inside the existing third unit station, which includes the supply and installation of 3 new pumps with all its requirements to raise the station’s capacity by 48 million gallons / day, 15 water hammer tanks, 4 chlorine pumping units, and a complete hydraulic study for the project and all the lines and stations connected to it to form Closed pumping circuit between 3 existing stations.

The Minister of Industry announces the issuance of exchange certificates for 684 exporting companies, with a total support of 5.4 billion pounds