Today, Friday, 9/23/2022 witnessed a large number of important economic news, whether local or international, most notably the start of the delivery of 38 residential buildings in the new city of Mansoura on Tuesday, November 1, next, until Monday, January 2, 2023, and the achievement of the General Petroleum Company, the third highest A company in terms of production rates, with up to 68.3 thousand barrels of oil equivalent per day, which also represents the highest rate in the company’s history.

Today, Dr. Hala Al-Saeed, Minister of Planning and Economic Development, participated in the round table held during the activities of the Bloomberg Emerging Markets Forum, under the title “Egypt: Economic and Investment Prospects”, in the presence of Dr. Mohamed Maait, Minister of Finance, during her presence in New York to participate in the work of the 77th session of the United Nations General Assembly .

During her speech, Hala Al-Saeed highlighted the economic performance of Egypt in recent times, the factors that distinguish Egypt as a promising investment front and gateway to Africa and Europe, as well as the opportunities of Egypt’s sovereign fund and the investment arm of the government, as well as the expectations of economic growth during the 2022/2023 fiscal year.

The Minister of Planning explained that the state is currently focusing on enhancing foreign currency sources in Egypt, in addition to working with the private sector to increase exports, attract foreign direct investment, and increase tourism revenues. 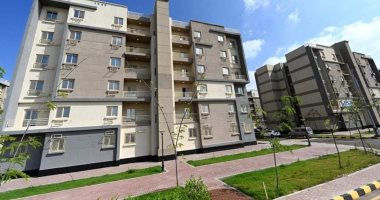 Assem El-Gazzar, Minister of Housing, Utilities and Urban Communities, said that the New Mansoura City Development Authority will start on Tuesday, November 1, and until Monday, January 2, 2023, in delivering the first batch of units of the housing project with a total of 38 residential buildings in the new city of Mansoura. according to the dates set by the device.

The Minister of Housing affirmed the continuation of efforts to complete the projects being implemented in the new city of Mansoura, pointing out that the new city of Mansoura is the window of the tourist delta, and includes various types of housing: (tourist housing, villa housing, medium housing, and social housing), and it includes all the necessary services. , next to a regional university. 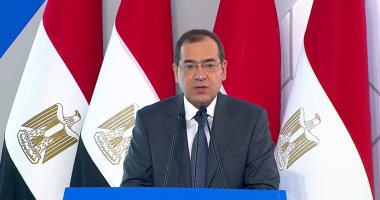 The General Petroleum Company achieved the highest average production since its establishment with 68.3 thousand barrels per day

Engineer Tarek El Molla, Minister of Petroleum and Mineral Resources, said that the wholly state-owned General Petroleum Corporation currently occupies an advanced position in the production of oil and gas wealth at the level of the Egyptian petroleum industry, after it became the third highest company in terms of production rates, with up to 68.3 thousand barrels of oil equivalent. per day, which also represents the highest rate in the company’s history.

Eng. Nabil Abdel Sadiq, President of the General Petroleum Corporation, said during the company’s general assembly that it had succeeded in achieving the highest average production since its establishment, amounting to about 68.3 thousand barrels per day from its concession areas, pointing out that the production of natural gas and condensates witnessed a boom compared to previous years as a result of the implementation of several successful projects.

He pointed out that the success rate of the new exploratory well drilling plan amounted to 100% at an unprecedented rate after drilling 5 successful exploration wells in the company’s concession areas with initial production rates of about 4000 barrels of oil equivalent, in addition to drilling 35 development wells, and intensifying work in the activities of exploiting obsolete fields. And the available opportunities, and the rate of what was added to the proven reserves amounted to about 10 million barrels, and the total investments during the year rose to more than 3 billion pounds. 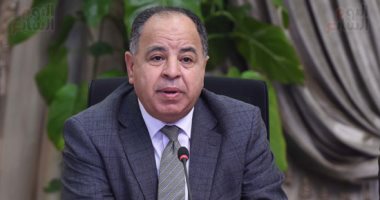 Finance Minister: We succeeded in achieving the highest growth rate since 2008

Dr. Mohamed Maait, Minister of Finance, said that Egypt is able to overcome the current global challenges resulting from the war in Europe, the disruption in supply and supply chains, and the unprecedented rise in shipping costs, and the prices of goods and services.

The minister added that Egypt continues to continue economic recovery as a result of the huge development efforts made by the government, which made the economy more able to deal positively and resiliently with internal and external shocks, as we succeeded, by the end of June 2022, in recording the highest growth rate since 2008 at 6.6% of GDP, and we achieved a primary surplus for the fifth consecutive year of 1.3% of GDP instead of a primary deficit that lasted for more than 20 years, and it amounted to about 3.9% in the fiscal year 2013/2014, while the budget deficit decreased from 13% in the fiscal year 2013 / 2012 to 6.1%, and we were able to reduce the debt ratio from 103% in June 2016 to 87.2% at the end of the last fiscal year.