The governorates of Egypt witnessed a while ago parties A varied carnival, celebrating the New Year, which varied from one province to another.

In the city of Aswan and all the cities of the governorate, which witnessed a festive atmosphere on New Year’s Eve amidst the aesthetic and civilized panorama of development, beautification and landscaping works, games and fireworks were launched to mark the year 2023 in light of the installation of Christmas trees and illuminations in dazzling colors and shapes, with the installation of figures and shapes. Delightful with different lights, in addition to hanging snowballs and stars sparkling in golden color in the main streets and squares, with the wide participation of the two Toshka bands for automatic arts, and the children’s choir of the Akkad Culture Palace affiliated with the General Authority for Cultural Palaces, led by the artist and director Hisham Atwa, and under the supervision of Najwa Ahmed, Director of Aswan Culture.

Citizens and groups of visitors and tourists interacted with the celebrations, who were keen to visit the charming jewel of the Nile to celebrate New Year’s Eve holidays amid the prevailing state of security, safety and stability, to enjoy the monuments, tourist areas, picturesque nature and mild weather.

In Ras El-Bar in Damietta, Nile Street appeared in Ras El-Bar, which is considered the destination of the resort’s pioneers for shopping, leisure, eating food and drinks, and staying up late in the morning, summer and winter. Many shops selling Kafk supplies such as clothes and household items, as well as restaurants and casinos to eat food, especially the famous Domiati pie

On the one hand, Major General Osama Al-Qadi, the governor of Minya, visited a number of churches and bishoprics, to find out the security situation, and to follow up the special procedures and measures to secure Christmas celebrations. The governor of the security perimeter of a number of churches and bishoprics, including the Coptic Catholic Diocese, the Second Evangelical Church and the Coptic Orthodox Diocese, Anba Musa Church next to the Directorate of Organization and Administration, Abu Sefein Coptic Orthodox Church in Shalaby and Anba Anthony Coptic Orthodox Church in Taha Hussein Street in Minya, in addition to the Coptic Orthodox Diocese And the Church of Anba Bishoy in New Minya

In Luxor, a joyful celebration was observed in a hotel, organized by a school children’s choir, and they performed songs and chants for the New Year and Christmas celebrations, amid a joyful atmosphere among tourists who are in Luxor from around the world to celebrate New Year’s holidays.

The children of the choir performed songs and chants for the Christmas holidays, and wore the famous red clothes of Santa Claus and the New Year characters. Salah Hashem Ibn Luxor says that night parties are organized throughout the past days in hotels to support tourists during their celebrations in Luxor in those days.

Al-Mahatta Square and the Nile Corniche in Aswan also witnessed, this evening, Saturday, a large number of citizens flocked to celebrate the New Year’s Day 2023, and citizens came to the square and the Nile Corniche Road, accompanied by their families of women and children in addition to young people, and the sale of “Babanuel” and balloons spread. And the fez on the heads of the children, amid interest from the Aswan governorate in decorating and beautifying the square in preparation for this occasion.

The main squares and streets of the city of Aswan were spread with ornamental and Christmas trees, with the installation of figures and delightful shapes with different lighting, in addition to hanging snowballs and stars sparkling in golden color.

On the one hand, Pope Tawadros II, Pope of Alexandria and Patriarch of the See of St. Mark, presided over the New Year’s Mass at St. Mark’s Cathedral in Alexandria, this Saturday evening, in the presence of priests, bishops and the people of Alexandria.

The Copts of Port Said governorate also performed New Year’s prayers, this evening, Saturday, in the governorate’s churches, as part of the celebrations of New Year’s holidays in all Port Said churches. 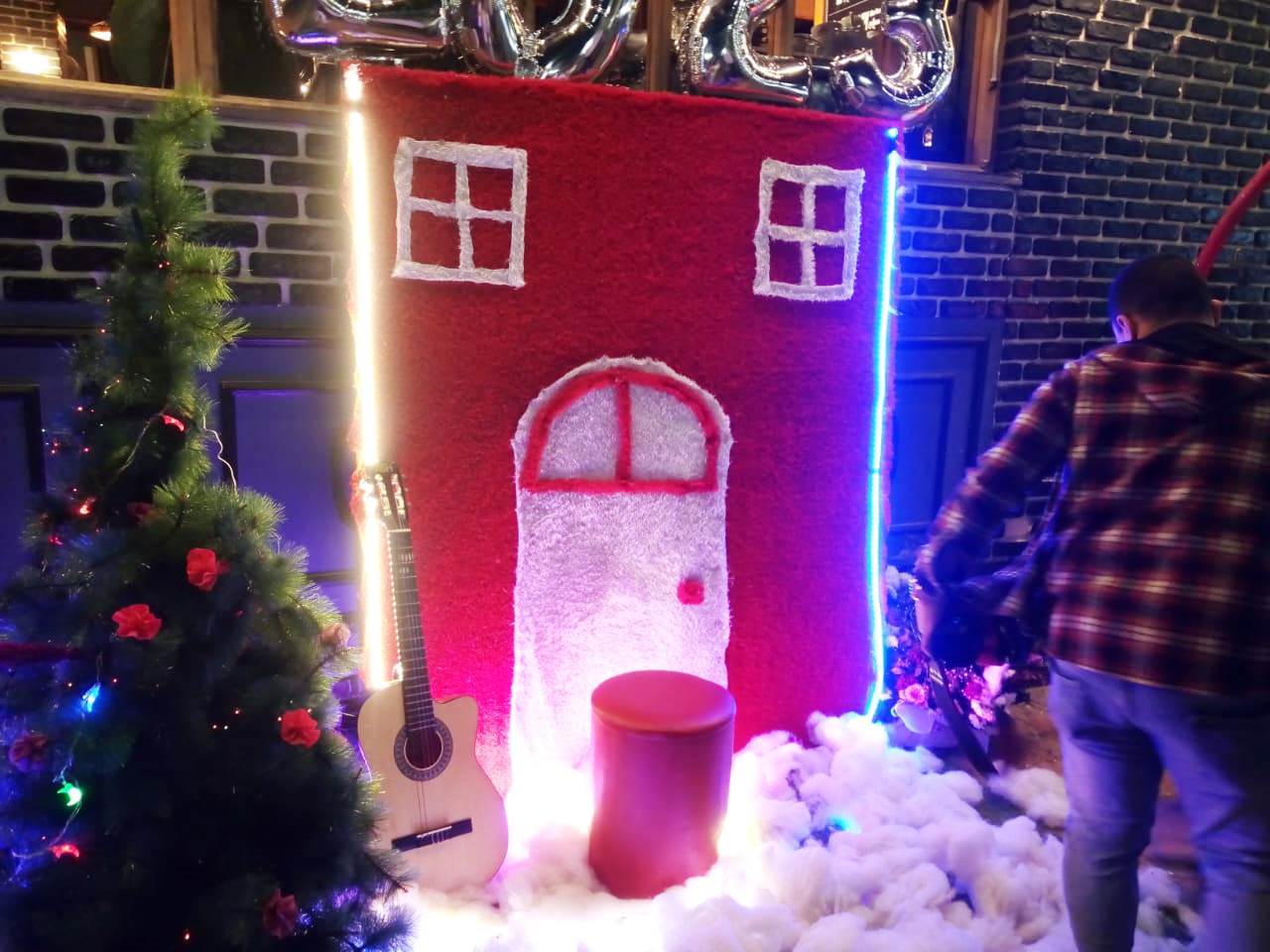 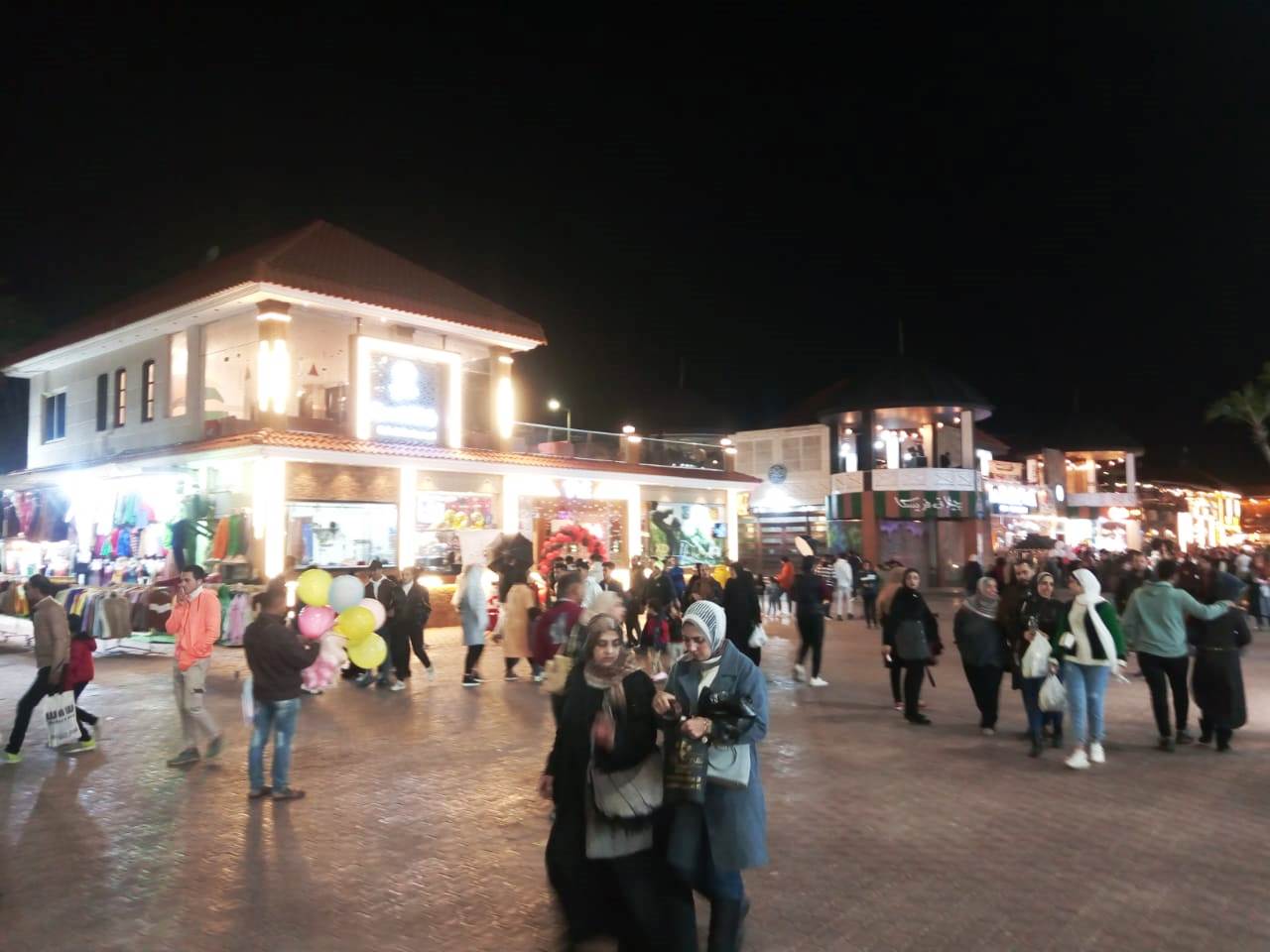