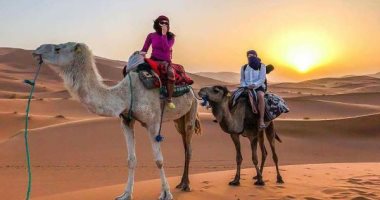 The Ministry of Tourism and Antiquities, represented by the Egyptian Authority for Tourism Promotion, launched a series of promotional campaigns during the last period, with the aim of promoting tourism in Egypt.

Last August, the American company McCann, one of the largest specialized international advertising agencies, was contracted to undertake the implementation of the international promotional campaign for Egypt in light of the media strategy prepared by the Canadian-English coalition.

A number of campaigns have also been launched on social media platforms and advertising space has been purchased to market the Egyptian tourist destination in foreign markets, including campaigns targeting European markets such as: a campaign to promote the summer season 2022 under the title Follow the Sun and it was directed to the United Kingdom, Germany, Italy, France, United States of America (and won the best tourism advertisement for the month of May 2022 in the Europe, Middle East and Africa region, according to the global Ad Colony platform. The Follow the Sun campaign was also relaunched to promote the 2022/2023 winter season in France, Italy, the United Kingdom and the United States of America, and a campaign to promote the tourist destination Al-Masry during the English Premier League matches during the months of October and November.

A campaign was also launched on social media on the occasion of the celebration of the 200th anniversary of the establishment of Egyptology last September, and another in October and November under the title “100 Years of Tutankhamun: Wonderful Monuments” on social networking sites, and a campaign to celebrate the centenary of the discovery of Tutankhamun’s tomb. Amon on social media, and a campaign to promote sustainable tourism in Egypt under the slogan “A Civilization Inspired by Nature” in Germany, the United Kingdom, Italy, the United States of America and a number of Arab countries on the sidelines of the climate conference last November.

In the same context, a campaign was launched in July for a year targeting the American market through advertisements in Time Square, New York, USA.

The “Egypt welcomes its guests” campaign was previously launched in 11 countries to introduce the new facilities applied regarding the procedures for obtaining a tourist visa to enter Egypt, last April.

During the World Cup, a promotional campaign was launched for the facilities approved by the Council of Ministers on the occasion of holding the World Cup in Qatar regarding entry visas to Egypt for fans participating in the tournament, and holders of the “Haya” fan card to visit Egypt, which included coordination with the Hotel Establishments Chamber to provide discounts on hotel accommodation prices in some Tourist cities for card holders, in addition to granting a 50% discount on fees for visiting archaeological sites and museums during the tournament period.