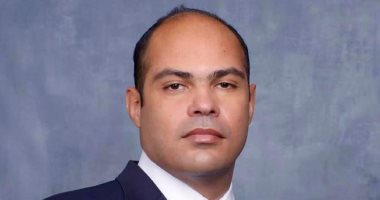 The model of simulating Arab competition authorities targets Arab university students in the faculties of law, economics and political science, in order to enhance Arab students’ awareness of competition protection laws in our Arab region and to understand the relationship between competition law and economics, within the framework of the Egyptian Competition Authority’s experience in making academic communication a success. During the competition authority simulation at the local level, which has been held in eleven sessions since 2009.

During his opening speech, Dr. Mahmoud Mumtaz, Head of the Competition Protection Authority and Head of the Arab Competition Network, welcomed all attendees, expressing his happiness at the launch of the first session of the simulation model, and the keenness of students from various Arab countries to participate in it, indicating that the aim of its launch is to activate the role of competition authorities. In spreading awareness of the Competition Protection Law, and preparing trained human cadres and an academic base from among the students, which can be relied upon in the future in providing competition authorities with qualified technical expertise, and maximizing cooperation between Arab countries within the framework of the Arab Competition Network, stressing that qualifying and training the human element in matters Competition policies will contribute positively to the economies of Arab countries in general.

from his side; Dr. Bahjat Abu Al-Nasr – Director of the Arab Economic Integration Department at the General Secretariat of the League of Arab States, thanked the Egyptian Competition Protection Agency for its keenness to transfer the experience of the simulation model to all competition authorities in the Arab countries, stressing that the qualification of the human element has become essential and necessary in the field of competition protection, calling Participating students to pass on their experience and the training they will receive to their colleagues who were not fortunate enough to attend the first course.

The simulation model is held via video conference for 10 consecutive working days with the participation of the 42 trainee students from a number of Arab countries, including the Kingdom of Saudi Arabia, the Emirates, Kuwait, Oman, Tunisia, Algeria, Morocco, Palestine and Iraq, in order to learn about the policies and laws of effective competition. In addition, the program allows Identifying and simulating the tasks carried out by employees of the Arab competition authorities; At the end of the model, the trainees are divided into work teams to discuss hypothetical issues related to the competition protection law, where each team simulates the role of the competition protection authorities by analyzing the cases presented to it and identifying violations in these cases. At the end of the course, the winning team is announced, and it is honored during work The second conference of the Arab Competition Network, to be held in March 2023 in the Kingdom of Morocco.

The door to apply to join the model of simulating the Arab competition authorities was previously opened, and 433 male and female students from various member states of the Arab Competition Network applied, and based on a number of objective criteria, 42 students were accepted to join the first session.

It is worth noting that the Arab Competition Network was launched in March 2022 under the auspices of the League of Arab States based on an initiative presented by the Egyptian Competition Protection Authority to be the first Arab network to bring together competition agencies in the region, allowing for a constructive dialogue that helps the effective enforcement of competition policies and laws in the Arab region.

Minister of Planning: Putting Egypt’s Vision 2030 within the axes of the national dialogue

Within “a decent life” .. the launch of the gas service in the village of Khans in Qena x 5 information