Hala Al-Saeed, Minister of Planning and Economic Development:
• The private sector is a major partner in driving the development locomotive in the country and contributes to employing 80% of the workforce
• Egypt has all the capabilities to make a qualitative leap and achieve qualitative leaps in the field of industry
• Egypt has invested heavily in the field of infrastructure and infrastructure to be attractive to the local and foreign private sector
M. Ahmed Samir: Promising opportunities to achieve industrial integration between Egypt and the UAE within the framework of the Integrated Industrial Partnership Initiative
Abdullah bin Touq: $300 billion joint investments between the two countries

The activities of the first day, entitled “Economic Forum”, started from the celebrations of the 50th anniversary of the establishment of Egyptian-Emirati relations, under the slogan “Egypt and the Emirates are one heart”, with a session on “Egyptian-Emirati Relations.. Integrated Economic Partnership” with the participation of Dr. Hala Al-Saeed, Minister of Planning and Economic Development , Eng. Ahmed Samir, Minister of Industry and Trade of the Arab Republic of Egypt, Abdullah bin Touq, Minister of Economy of the United Arab Emirates, and Dr. Thani Al Zeyoudi, Minister of State for Foreign Trade of the United Arab Emirates, during the ceremonial activities held in Cairo for three days from October 26 to 28 The event was held in Cairo, in the presence of ministers from the governments of Egypt and the UAE, and the participation of more than 1,800 senior officials, businessmen, investors, intellectuals, innovators and media professionals.

Dr. Hala Al-Saeed, Minister of Planning and Economic Development, explained that the world is now facing successive shocks. During the recovery period from the Covid-19 crisis, the geopolitical war began without knowing when it would end, noting as well as to other than the energy crisis, the issue of climate change and its various repercussions, the rise in commodity prices and supply chain issues. And supply, with slow growth, explaining that this is the best time for the integration of the Arab countries, Egypt and the Emirates, because of the distinguished relations between them and a unique and exceptional model in Arab-Arab relations that are integrated at the investment, commercial and economic levels, due to the comparative advantages between the two countries.

Al-Saeed talked about the joint strategic investment platform between Egypt and the UAE, to pump joint investments of more than 20 billion dollars to implement economic and development projects, which were launched at the end of 2019, explaining that within the framework of this partnership, nearly 4 billion dollars have been achieved so far in the context of the decline in investments on At the international level, investments have been made in the pharmaceutical and agricultural sectors, as well as in the fields of fertilizers and petrochemicals, and there is an ambitious plan to expand in various fields. Searching for investment opportunities in Egypt, converting them into an investment product, and making them available to local and foreign investors.

Dr. Hala Al-Saeed explained that Egypt has invested heavily in the field of infrastructure to be attractive to the local and foreign private sector, in addition to the amendments that Egypt has made in legislation, announcing the increase in the authorized capital of the Egyptian Sovereign Fund from 200 billion pounds to 400 billion pounds, targeting To reach a trillion pounds within years, to have the ability and ability to absorb all the different partnerships with the UAE, basically and with everyone, explaining that the agreement between the two countries includes the ability of Egypt’s Sovereign Fund for Development Investment as well as investing in some companies inside the UAE, explaining that the relationship is based on a reciprocal basis. On the win-win interests between the two countries, Al-Saeed continued that the important part of the partnerships is that the entry of foreign investments, administrative expertise and expertise to increase and expand the capital benefit both countries.

Regarding future plans, Al-Saeed explained that there are a set of plans in the field of new and renewable energy, explaining that Egypt proposed a set of investments in the field of water desalination, and on the basis of which Egypt received 300 offers of cooperation from many countries, including the sisterly Arab Emirates, also referring to cooperation in the field of water desalination. The field of green hydrogen and electricity, as well as the field of environmentally friendly waste as investments that will be witnessed in the coming period, in addition to the contribution of the UAE sovereign funds to the fund that was established by the Egyptian Sovereign Fund several weeks ago to prepare the companies before the offering in the stock exchange, explaining the desire of a number of Arab sovereign funds, especially the Abu Dhabi Fund to contribute to this fund.

During her speech, Dr. Hala Al-Saeed sent a message to the Emirati and Egyptian business community, explaining that in the context of the challenges the world is witnessing now, it was important to have frankness with all parties of the people, as the 2022 Economic Conference was held, which came as a very important meeting for frankness and evaluation of the Egyptian development experience. He explained that the Egyptian state went through a very exceptional period from 2011 to 2014 until the political and security stability of the Egyptian state, explaining the intervention of the Egyptian state after stability to carry out a set of reforms to raise the capacity and level of the Egyptian infrastructure, following up that a legislative environment was created and the investment legislation developed through Issuance of a package of laws and legislation, most notably the new investment law, industrial licensing law, competition protection law, microfinance law, in addition to the bankruptcy and exit from the market law, explaining that there has become a strong legislative and institutional environment, after which Egypt begins the stage of economic reform and financial and monetary reform followed The stage of structural reform focusing on the productive sector and an institutional part and more private sector participation, referring to the launch of the Egyptian state The “State Ownership Policy” document to explain to investors the role of the state in various sectors as a regulator of economic activity in accordance with market mechanisms, and to regulate exit from different sectors over the coming years, as well as give incentives to the private sector to participate

Dr. Hala Al-Saeed confirmed that the private sector is a major partner in driving the development locomotive in the country, explaining that the Egyptian private sector contributes to employing 80% of the workforce, in addition to its added value of approximately 75% of production in this framework. Activating some of the articles that were not activated in the Egyptian investment law, as incentives were activated in the localization of industries, the abolition of the real estate tax on a large number of industries, as well as the incentives for the green economy.

In her message to the Egyptian-Emirati business community and the banking sector, she stressed the need for cooperation in contributing to the financing of the development process, explaining that the next stage needs support from the business complex to look at investment opportunities. Egypt possesses human wealth through its youth.

For his part, Eng. Ahmed Samir, Minister of Trade and Industry, stressed that the global crises that emerged recently and negatively affected the global economic system prompted Arab countries to strengthen integration efforts in anticipation of a further slowdown in global supply chains, pointing out in this context the importance of concerted efforts between officials. and the private sector in the Arab countries to achieve this desired integration.

The minister said that the integrated industrial partnership initiative between Egypt, the UAE and Jordan was launched last May, and the Kingdom of Bahrain recently joined it with the aim of enhancing cooperation and integration in several areas, most notably industry, investment, supply chains, agriculture, fertilizers, textiles, minerals and petrochemicals, noting that 87 projects were approved within the partnership framework. It was agreed to start cooperation in 12 projects, with a total investment of $3.4 billion, and the rest of the projects are being studied.

On the Emirati side, Abdullah bin Touq, UAE Minister of Economy, said: “The Egyptian-Emirati economic relations are a model for Arab and regional relations, and the prospects for the growth of cooperation and economic partnership between the two countries seem promising at this time, evidenced by the high volume of Emirati investments within the Republic of.” Arab Egypt to $28 billion, in addition to $300 billion in joint investments between the two countries.”

The UAE Minister of Economy said: “The world is currently looking at the new Egyptian republic as the most promising gateway to Africa, and a clear road map for investors has been drawn up that includes promoting sustainability towards development within Egypt and Africa, and we are currently working on opening new horizons for investors.”

He continued: «Egyptian legislation is considered one of the best legislation and laws that attract businessmen, especially to the Emirati investor, and these investment laws are considered real wealth, and that the amendment of some recent Egyptian legislation helped provide a safe environment for investors, and allowed an advanced level of economic cooperation, and translated into the achievement of many Promising agreements, partnerships and projects that would play an important role in promoting the development process in the two countries.”

Bin Touq added: “The Egyptian-Emirati partnership is currently witnessing a remarkable growth in trade exchange, and a significant increase in the volume of mutual investments, most notably the signing of a major agreement between the Sovereign Investment Fund of Egypt and the UAE, which includes pumping $20 billion to invest in various sectors over the course of 10 years. years to come.”

For his part, Dr. Thani bin Ahmed Al Zeyoudi, Minister of State for Foreign Trade, said: “This great edifice is an opportunity to enhance the volume of trade exchange between the two countries, especially since Egypt is a gateway to the African market, and the trade growth between Egypt and the UAE amounted to $22 billion, an increase About 8%.

During his speech in a session entitled “Egyptian-Emirati relations… an integrated economic partnership”, the minister added that the Emirati-Egyptian partnership is witnessing a remarkable growth in trade exchange, and a significant increase in the volume of mutual investments, in a way that reflects the peculiarity of the joint relations between the two countries.

He stressed that the population of the Arab world is 430 million, of whom 107 million are in Egypt only, which gives Egypt a strategic investment power that pushes everyone to invest in Egypt, and that Egypt is a gateway to Africa, especially since the African continent has 1.6 billion people, which gives it strength. economic future,” adding: “The supply chains in the Egyptian market gave us the strength to push us to invest in Egypt during the last period, and that there is an expansion to establish factories for supply chains between the Quartet (Egypt, the UAE, Jordan and Bahrain), and Egypt is a major center in supply chains, and therefore There will be Emirati investments in this file in Egypt.”

He added, “We agreed to define the goods that will be imported from the countries of the world, and to define the target for establishing factories in the future in Egypt for these goods.” Expansion in the field of investment in Egyptian ports and tourism, in addition to diversification in direct investment.

Al-Zeyoudi added: “The UAE investment funds are working on studying and then implementing, and that the Egyptian market is coming strongly in Emirati investments.” 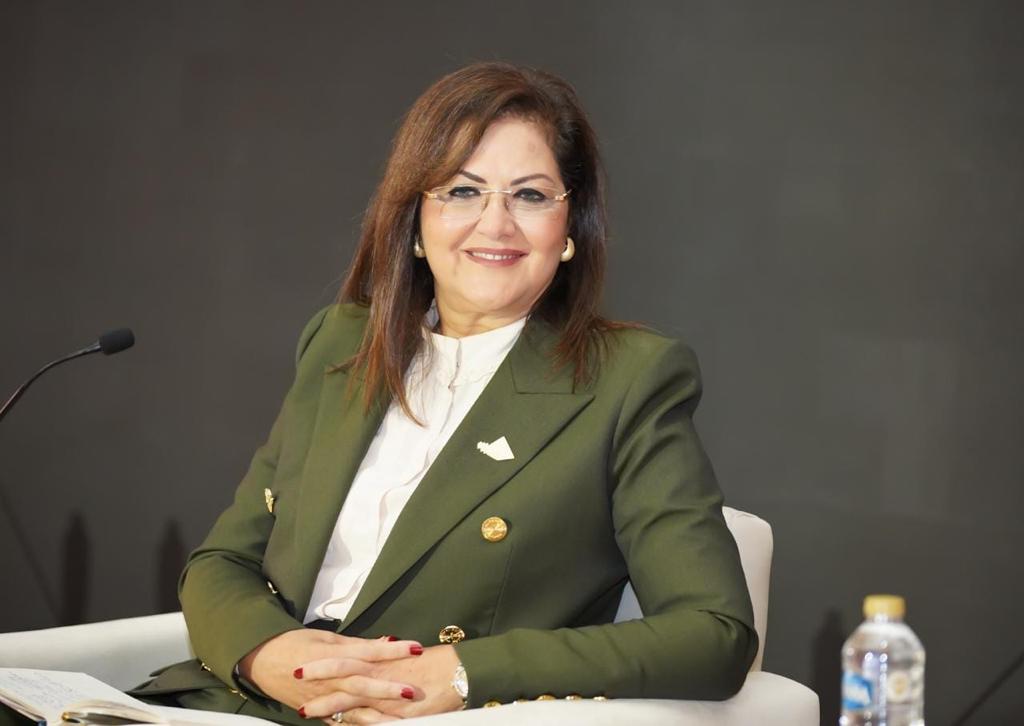 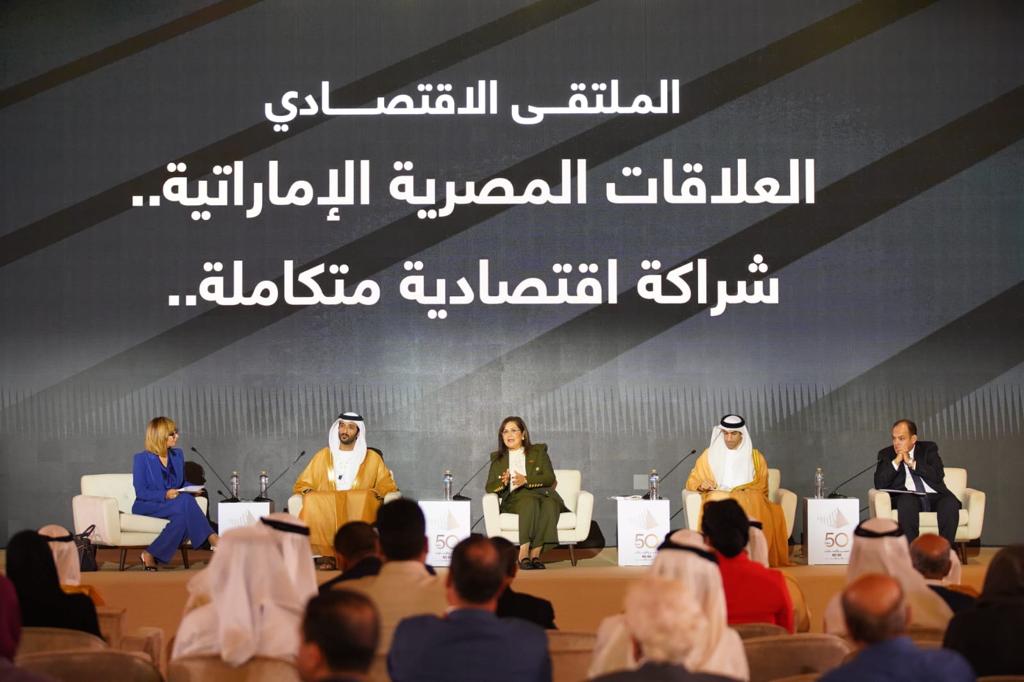 Mohieldin: The establishment of the youth pavilion reflects the Egyptian presidency’s belief in the importance of their participation

The National Quality Institute: Digital transformation is an essential factor in achieving the sustainable development goals

President of the Federation of Egyptian Banks: We are waiting for the approval of the Central Bank to establish digital banks