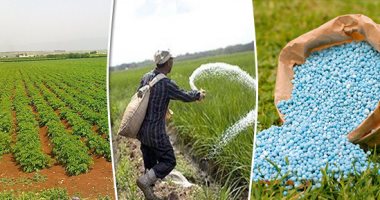 An international report revealed that about 205 million people in 45 countries suffer from acute food insecurity, which means that their ability to obtain food is so small that their lives and livelihoods are at risk.

David Malpass, President of the World Bank Group, said in a recent article published by the World Bank Blogs, that one of the clear messages from the meetings I had with African leaders who were in Washington for a summit meeting with the US government was that fertilizer prices are out of reach for most farmers, which puts them at risk. Crop cycle and rural stability at risk Know the highlights

2. One of the main obstacles to food production in many developing countries is access to fertilizers.

4- The challenge is particularly evident in sub-Saharan Africa. Fertilizer prices have tripled since early 2020 and remain volatile.

5. Fertilizer exports from Belarus and Russia – two important fertilizer suppliers in Africa – have been disrupted by the war, while some other exporting countries have restricted supply through export taxes, embargoes and licensing requirements.

6 – African leaders emphasized that farming families in developing countries would not be able to survive, let alone compete.

7- The first major step is to give space to developing countries in the global markets for natural gas and fertilizers.

8- It is important for developed economies to avoid locking in existing supplies in order to protect themselves against potential shortages.

10- The continent produces about 30 million metric tons of fertilizer annually, twice what it consumes. However, about 90% of the fertilizer consumed in sub-Saharan Africa is imported, mostly from outside the continent.

How do you benefit from the car heating system in the winter?

The price of the Saudi riyal today, Monday 24-10-2022 against the Egyptian pound

Industry: 80% increase in Egyptian exports to the Spanish market