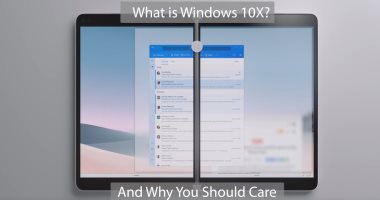 If you are used to using Windows, the first Mac for you will be a dilemma, however, using this device is easy and simple, but different, so we monitor for you some steps that will enable you to recognize the differences in dealing with Mac at first, according to the site “mackeeper”. “.

Apple computers use their own operating system, called macOS, which used to be called Mac OS X. This is different from Windows inside and out. When you learn how to use a Mac for the first time, it’s a bit like starting a new business. You need to look around to find where everything is and what everything is doing.

There is no start menu

You can access many of your computer’s features through the Windows Start menu, which you can open using the Windows key on your keyboard.

But there’s no Start menu in macOS, so things are organized differently, and you don’t have anything like a Windows key, but there are additional third-party tools that add the Start menu to macOS.

If you’re coming from Windows, you’ll get used to using the Ctrl key for most keyboard shortcuts like copy and paste.

On macOS, you’ll use the Command (Cmd) key for most Mac keyboard shortcuts, which will either have an Apple picture or a clover leaf symbol on it.

Mac keyboards also have Ctrl keys, but they don’t do the same as Windows, and they also have an Option (Opt) key where Windows keyboards have Alt.

Tags
How do you do it Mac PC Windows

Did Microsoft accidentally leak the next version of Windows?

Observing stars may become a thing of the past.. Night vision decreases by 10% annually