From time to time he tries to present a new adventure to his fans, this time he decided to be that adventure by entering the world of production with the starring of his new work, which has so far achieved nearly 15 million in only 9 days of the show. He is the comedian Mohamed Heneidy, who was shown the last days of 2022 with a new movie starring and produced by him, entitled “Nabil El Gemayel, the Beautician”. He used his two daughters, Fatima and Farida, to supervise the production of the film, in which he discusses the extent of people’s obsession with plastic surgery and how it has now become dominant in the world.

Mohamed Heneidy from the film’s poster

Heneidy said in exclusive statements to Al-Arabiya.net: “I loved presenting the character of the plastic doctor, as the film deals with the idea that there are people at the level of life who need beautification from within, and the first goal of the film is to laugh only, and to present the state of obsession that people have become from Performing plastic surgeries, although there are basically “beautiful” ones.

He added, “I am with plastic surgery that is concerned with treating any danger or deformity, but otherwise I do not encourage this matter. What the public will see in the cinema, and in the Arab world, starting on January 12, when the film will be shown in all Arab countries.

From the movie poster

Regarding what is meant by the character that he presents within the events of the film, he said: “After presenting the movie “The Man and the Mongoose”, I found that I did not present a number of professions in my work, including the doctor, so I thought of presenting the character of a plastic doctor, especially since plastic surgery, as I said, has become very dominant. But the meaning of the film is simple and beautiful, and the whole team worked hard, starting with the director, writers and co-stars. “.

And about the reason for presenting a comedy film and not a tragic one in his first production, he said: “Indeed, I sometimes think about presenting works that are not comic, but I am afraid that an emotional shock will occur between me and the audience, and the audience enters my films prepared for comedy, so it is difficult for me to make any change. Comedy is a commodity.” It is unusually required, and I cannot give it up, and I am afraid to present a serious work for the audience to laugh. A comedian cannot appear at work, hitting people, but the opposite, and when a crisis occurs to him in the film, people sympathize with him.

Regarding the difficulties he faced in the film, he commented: “There were no difficulties we faced in the film. When the final version of the script was settled, filming took place immediately, and the spirit and atmosphere was sweet in the setting, and I was happy to work with the team, headed by the director.” Khaled Merhi, as he is a director who is well versed in his tools, and I was keen to watch the film with the audience, and I will also go to show it in Saudi Arabia and the UAE. One of the most enjoyable moments when I am in the audience, and I wish the film would be shown in Iraq and I would attend its screening there in Baghdad.

And about the spread of digital platforms and the extent of his fear of the impact of this on cinema, especially with his entry into the world of production, Heneidy indicated by saying: “The truth is that I was not afraid of it, because platforms are impossible to cancel cinema, as evidenced by the amount of theaters that are being built and equipped in the entire Arab world, not only in Egypt. And cinema Of course, it will not disappear, and I am with any window that displays art, as the platforms have become a modern window in the whole world to display various works, and even opened horizons for all the cinema in the world.

On the other hand, Heneidy is waiting for the upcoming period to show the movie “Al-Jawaherji”, which he recently finished filming, and co-starring Mona Zaki, Lebleba, Tara Imad, Ahmed Salah Al-Saadani, Bassem Samra, Arefa Abdel Rasoul and the late Ahmed Halawa, and the film is written by Omar Taher. And directed by Islam Khairy.

He is also currently preparing to make a new play and hopes that it will be shown on the next Eid Al-Fitr, and he will return in Ramadan 2023 to the small screen through the character “Ramadan Mabrouk Abu Al-Alamein Hamouda”, in addition to preparing for the second part of the movie “Saidi at the American University”, and besides that, a series “Super Heneidy” and turning it into a movie.

Focus and you will know it| This child became the most famous comedian in Egypt.. Guess who he is

Signs of the hour appear in Saudi Arabia: A groom discovers after the wedding that the one he is with on the bed is not his bride, and before he makes any reaction that preceded him with what she did… She turned him into a slave under her feet in this diabolical way! ! 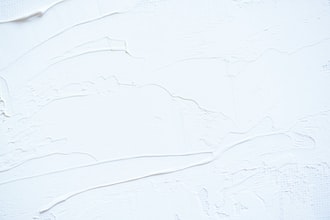 The death of the great musician, Muhammad Sultan, after a struggle with illness