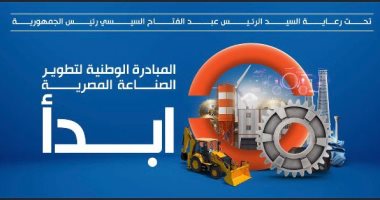 The major projects axis, according to the national initiative “Start”, aims to establish partnerships with major manufacturers, whether they are existing projects that wish to develop their activities or new projects, within the framework of increasing industrial investments in partnership with experts in various sectors, encouraging feeding industries and ensuring their ability to expand. The initiative succeeded in bringing together competing manufacturers within the same sector to localize feeding industries that require large-scale production and consumption of the product by a coalition of local investors.

The mega-projects axis of the “Ibda'” initiative succeeded in establishing partnerships in various sectors, such as the household electrical appliances sector, which was able to attract investors from Japan, China, Taiwan, Italy and Turkey, to localize the industries of components of household electrical appliances. It also succeeded in attracting investments in the sectors of fertilizers, chemical products, and rubber industries. Plastics, auto parts, means of transportation, metal industries, paper and its products, communication devices, engines, electric generators, leather products, heavy equipment, and others.

Under the umbrella of the major projects axis, 64 industrial projects are being implemented so far with 33 private Egyptian companies and 20 foreign companies working on technology transfer from 12 countries.

All major projects within the framework of the National Initiative for the Development of Egyptian Industry “Ibda'” meet the standards of localizing the latest technologies in the industry, and the proportions of a high local component that are gradually increased, in a way that ensures reducing the import gap and integration between large, medium and small industries. Some projects also aim to export their entire production abroad based on studies of technical and standard specifications for export markets.

Below we review the most prominent of these projects:

A calcium phosphate fertilizer production plant has been inaugurated in Dakahlia Governorate, which will open during the current year 2023, with an estimated production capacity of 50,000 tons annually, and an investment cost of about $50 million, which contributes to reducing the bill.

imports of about $45 million, and it aims to provide 1,000 job opportunities.

A shareholder agreement was concluded between the “Ibda” Company for Project Development, the Ministry of Petroleum and Mineral Resources represented by the Egyptian Petrochemical Holding Company, the Egyptian General Authority for Mineral Resources and the Egyptian Mining Resources Company to establish the “Silicon Egypt” company in cooperation with the Ministry of Public Business Sector represented by the Holding Company for Metallurgical Industries, and the company The Egyptian Ferroalloys Company, in partnership with the Egyptian private sector, represented only by the “Inara Capital Limited” company for the “Middle Desert” mining company. The estimated value of the complex in all its phases is about $700 million.

3- A factory for the production of “Soda Ash”

A factory for the production of “Soda Ash” will be established in cooperation between the Ministry of Public Business Sector and a number of companies, including the Arab Organization for Industrialization, the Holding Company for Petrochemicals, and the “PolyServe” Company for Fertilizers and Chemicals under the umbrella of the “Ibda'” initiative to develop the Egyptian industry, which will be built within the petrochemical complex. In the new city of “Al-Alamein” on an area of ​​185 acres, with a production capacity of about 600,000 tons annually, as the project aims to expand the many industries related to “soda ash”, and stop its import from abroad,

Contributes to reducing the import bill by about 500 million dollars annually.

On Tuesday, December 13, 2022, Ibda Projects Development Company signed a shareholder agreement with the Spanish company Coperci to establish the first factory to manufacture a “gas safety valve” in Egypt, with an estimated production capacity of 15 million valves, and an investment cost of about $7.6 million. , which is scheduled to open during the month of April next year 2023, and this was done in cooperation with Kala from the “Fresh Electric” company, the “Arab” group of companies.

5- Wheeler Factories “Factory of expansion of pumps and electric motors”

“Ibda'” participated in the project of expanding pumps and electric motors, which aims to expand the production of giant water-lift pumps, pump motors, and valves for water and sewage lines, with an estimated production capacity of 5,000 pumps per year, 2000 motors per year, and 2000 valves per year. , which reduces revenues by up to 544 million dollars annually.

“Ibda” participates in the launch of the “Transportation Engines” factory, which aims to produce engines for light vehicles with capacities ranging from 100 to 250 cc, which is scheduled to open during the month of January, with an investment cost of 10 million dirhams.

dollars, and its production capacity is estimated at a total of 400 thousand engines annually, which in turn will reduce the import bill by about $56 million annually.

BBC: Sterling reaches its highest level since mid-September after Sunak took over the government

Minister of Industry: full coordination with all ministries to increase export rates