NASA’s Lucy, a mission to a group of asteroids near Jupiter, captured this image as it passed Earth on Oct. 13, RT reports.

Not many spacecraft have this view of our planet and the rocky moon. ​​The moon is 238,855 miles from Earth. And on a cosmic scale, it’s not very far away, but you can put 30 Earths in this space. This is why it took three days for the Apollo astronauts to reach the moon.

NASA’s new lunar rocket, called the Space Launch System, is scheduled to spend 25 days traveling to the moon, swinging in a wide rotation around it, and then returning to Earth. In short, we say: it is far!

Marina Koren, a writer covering space topics for The Atlantic, had trouble spotting the moon as well.

She wrote on Twitter: “Every time I think I see it, then I end up wiping another dust molecule off my screen. Where is it??” Well, it’s here. You still don’t see it? Let’s increase the brightness.

Lucy’s spacecraft was swaying close to Earth for extra thrust toward Jupiter, thrusting itself into the outer solar system with the force of our planet’s gravitational pull. 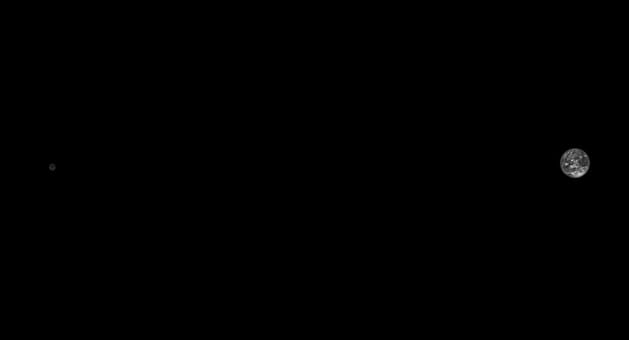 Space station astronauts help get NASA to the moon.. know the details

Steps.. How to copy contacts using a Google account on Android phones