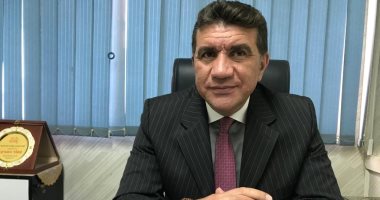 Engineer Imad Hamdy, a member of the Board of Directors of the Holding Company for Chemical Industries and head of the General Syndicate for Chemicals, confirmed that the state ownership policy document is a major step towards benefiting greatly from the various assets of public business sector companies and state companies in accordance with the directives of President Abdel Fattah El-Sisi, especially with opening the way for the sector Special to work greatly during the volatile phase.

Hamdy added to “The Seventh Day” that the document opened the way for partnership with the private sector in various ways, which contributes to the recovery of companies and the injection of new investments in them in light of the mechanisms that the private sector possesses capable of pushing companies, as well as contributing to the operation of important factories for the national economy, such as factories Transport and Engineering in Alexandria, which needs about 6 million dollars;

He pointed out that it is possible to develop and modernize the current factory in the same place, in light of the early experiences of the workers as a quick step, and then thinking about launching a new factory for various other tires, pointing to the importance of activating the role of committees that study the implementation of various projects in various companies and speed up decision-making and good management of various assets In companies; to meet the resources of the public business sector, which represents a large economic force to be reckoned with.

3.8 million beneficiaries of microfinance, worth 33.3 billion pounds, within 7 months

Holding for Construction: Implementing projects worth 4.4 billion in a decent life, mostly in Upper Egypt