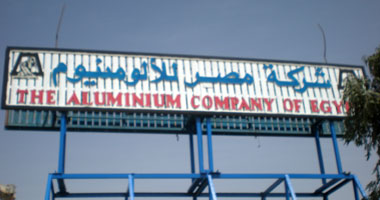 1- Fixed assets included about EGP 1.639 billion in the cost of fully depreciated assets, and they are still used at a rate of about 20% of the cost of assets. The agency recommended a study of the company’s need to modernize and support its fixed assets.

The company replied that assets worth 50 million pounds have been added until September 30, 2022, and other assets under examination are being added at a value of 12.5 million pounds.

The company said that work has been intensified to reduce the number of stopped cells, as it recorded until the first half of December 2022 the number of 35 cells, and the necessary overhauls are underway to operate the rest of the stopped cells, and the amount of internal use of the company has been disbursed, and it is being classified to be offered for sale at the nearest auction, With regard to the treatment unit for premature babies, a study will be carried out to consider the possibility of restarting it (in light of the lack of trained workers) or disposing of it. These buildings will also be used as administrative buildings for the electrodes and refractories sector.

3- About 3.057 million pounds, representing the value of the marketing study and the study of evaluating the rehabilitation works for the current smelter development project, which were implemented by both Fast Market and the American Bechtel companies.

The company clarified that the holding company had approved the validity of the letter of guarantee.

4- The long-term investments traded on September 30, 2022 included about 167.43 million pounds, which are considered investments that are not economically feasible for the company, as the company has not achieved any financial returns from them since its acquisition, in addition to the financial and material burdens that the company bore from those investments, including what is Related to the decrease in its market value, and the value of the impairment of the shares of the Iron and Steel Company (under liquidation) amounted to about 11.4 million pounds, and the decrease in the market value of the carbon anode blocks company’s share from 10 dollars per share to 2 dollars per share, including what is related to its issuance of solidarity guarantees to banks that lend to some of Invested companies.

The Central Auditing Organization recommended studying how to dispose of these investments in a way that benefits the company.

The company replied that it has already started the liquidation procedures to sell the shares of the Egyptian Iron and Steel Company (Al-Qasima), and is awaiting the update of the company’s commercial register. As for the carbon blocks company, this file is managed through the Holding Company for Metallurgical Industries.

5- Failure to economically dispose of the stagnant inventory, which amounted to 61 million pounds on September 30, 2022 (for which an allowance of about 39 million pounds was formed), and the inventory balance included about 262 million pounds, slow-moving inventory, according to the company’s inventory on June 30, 2022, Which stated that it is a strategic stock, and called on the Central Agency to quickly implement the recommendations of the company’s general assembly regarding the economic disposal of this stagnant stock.

The company said that 30 lots of the aforementioned stacks were offered in the auction on November 22, 2022. 8 lots were sold at a value of EGP 1.25 million, and the rest of the stacks are being transferred to the stock of stacks, and classified according to their internal components to be offered for sale at the nearest auction, according to the recommendations. Idle Stock Management Committee.

A significant decline in gold prices globally.. 21 grams in Egypt drops to 1112 pounds