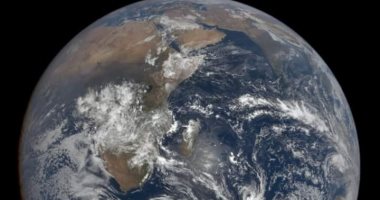 Scientists have suggested that the Earth’s interior is currently changing the direction of its rotation compared to its surface, according to a study published by the scientific journal “Nature Geoscience”, quoting a Sky News Arabia report.

According to the study, which was highlighted by the American newspaper “The New York Times”, the Earth’s inner core changes the direction of its rotation, perhaps once every few decades, and “at the present time, one of these changes may be in progress.”

This suggestion may raise concern about the effects that may be devastating on the surface of the earth, but the study confirms that “there is no need to worry, as this will not result in anything frightening,” noting that “this phenomenon may have occurred since ancient times.”

However, the researchers seek through their study to enhance understanding of the depths of the earth and its relationship to its outer surface, amid speculation about the effect of changing the direction of rotation of the surface and interior of the earth along the days in our planet.

Comments of the Chinese Peking University seismologist and author of the study Xiaodong Song:

• Earth’s inner core is like a planet within a planet, so how it moves is clearly very important.

We see strong evidence that the inner core was spinning faster than the surface, but by 2009 it had almost stopped.

• The inner core is now gradually moving in the opposite direction with respect to the Earth’s surface.

Can robots exchange laughter with humans?

Zoom renames the chat app.. Find out the new name