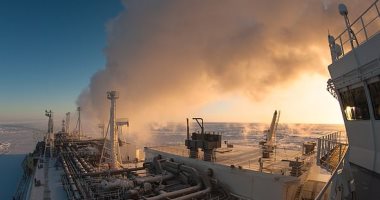 NASA’s science instrument in orbit forms the basis of a new initiative to survey methane emissions from landfills in a new project to track greenhouse gases. Another NASA science tracker is tracking methane, which according to NASA is the source of about a quarter to a third of human-caused global warming.

According to the “Space” website, by creating a baseline assessment of waste sites around the planet, and identifying sites that emit methane at high rates, the initiative can help decision-makers reduce the concentration of greenhouse gases in the atmosphere and thus limit variability. the climate.

“Currently, there is limited actionable information about methane emissions from the global waste sector,” Carbon Mapper CEO Riley Duren said in a statement to NASA, adding, “A comprehensive understanding of the sources of high-emitting points from waste sites is a critical step to mitigate them.” “

Also, compared to carbon dioxide, methane is 80 times more powerful at trapping heat in the atmosphere. Large amounts of methane emissions could have an immediate effect in slowing atmospheric warming.

This is an essential area of ​​the task of reducing greenhouse gases, given that the waste sector is estimated to contribute around 20% of human-caused methane emissions.

All you need to know about Microsoft laying off 10,000 employees

Google aspires to provide its services in a thousand languages

The James Webb Telescope takes the first image of an exoplanet