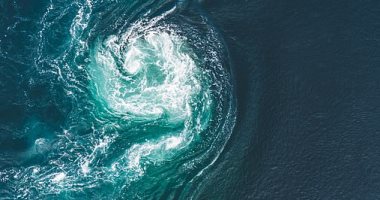 A new study revealed that ocean temperatures in 2022 were the hottest in the historical record, breaking the record already recorded in 2021, and an international team of researchers said that the Earth’s oceans received 10 additional joules of heat, i.e. 10 then 21 zero.

According to the British newspaper “Daily Mail”, experts say the findings show how the world’s oceans have been severely affected by greenhouse gas emissions from human activities.

The new study presents ocean observations from 24 scientists across 16 institutes around the world. “The oceans absorb most of the heat from human carbon emissions,” said study researcher Professor Michael Mann at the University of Pennsylvania.

“Until we reach net zero emissions, this heating will continue, and we will continue to break records for ocean heat content, as we did this year,” the researcher added, explaining, “Awareness and better understanding of the oceans are the basis for actions to combat climate change.”

The research team used two international datasets, one from the Chinese Institute of Atmospheric Physics (IAP) and the other from a US government agency, the National Centers for Environmental Information (NCEI), which both analyze observations of ocean heat content (OHC) and forcing, a term that refers to the energy that is lost. It is absorbed by the ocean, where it is stored for indefinite periods of time as internal energy.

Instruments used to collect OHC data over time include expendable bathyrotherms (instruments dropped from a ship that measure temperature as it falls into the water) and Argo coils (free-driving robotic buoys that move with ocean currents). According to the data, the temperature in the upper 2000 meters (6,560 ft) of ocean.

However, the depth of the ocean, less than 2,000 meters, is thought to be affected by climate change as well, so it’s likely a conservative estimate for the entire ocean.

The researchers found that four ocean basins in particular (the North Pacific, North Atlantic, Mediterranean, and Southern oceans) had their highest OHC since the 1950s.

The team also collected data on ocean salinity (how much salt is in the water), which tends to increase due to climate change.

The extra heat leads to evaporation, which takes fresh, low-salt water from the ocean into the atmosphere, causing the ocean to become more salinity over time.

Moreover, salinity levels along with temperature directly affect the density of sea water (salt water is denser than fresh water) and thus the circulation of ocean currents from the tropics to the poles.