A fatwa issued by the well-known Kuwaiti preacher, Othman Al-Khamis, sparked widespread controversy and heated discussions, especially among women, as many of them launched a campaign on social media to express their discontent and anger.

What is that fatwa that sparked all this controversy? And how did the reactions of the tweeters and the clergy come to what it provoked?

During the weekly talk of the Kuwaiti preacher Othman Al-Khamis on Al-Majlis TV, a channel licensed by the Kuwaiti Ministry of Information, he issued a fatwa that “women should not publish their pictures on social media, even if they cover their hair.”

He said: “It is not permissible for a woman to put her picture on Twitter and Instagram.”

Thursday’s fatwa angered many women, and they commented on tweets about his fatwa by publishing their photos alongside the fatwa in defiance of his words, and assuring them that “exposing a woman’s face is not forbidden.”

Tweeters also wondered about the contradiction between what he gave Thursday’s fatwa and the permissibility of a woman uncovering her face in the sanctuary.

Tweeters indicated that they go out to workplaces and malls, where women mix with men without the need to cover their faces.

Kuwaiti women also compared what they described as the “open Saudi attitude” with “what is happening to women in Kuwait.”

Some of the tweeters saw that Thursday “exceeded its limits and provoked sectarian strife.”

On the other hand, others supported the fatwa issued by Al-Khamis, and it was clear that they tended to direct his religious fatwas closest to the Salafi Wahhabi school, which learned from its sheikhs, such as Sheikh Abdul Aziz bin Abdullah bin Baz and Sheikh Muhammad bin Saleh Al-Uthaymeen.

Some supporters of Al-Khamis criticized the role of chat applications and social media, saying that “until recently, women rarely posted their photos on social media.”

Some defenders of Al-Khamis believed that “his opinion is correct even if some people do not like it” because he “enjoins good and forbids evil,” as they said.

While some supporters of al-Khamis saw that he is “a spontaneous sheikh who responds according to his knowledge without a specific agenda or intention” and that he is “being subjected to a fierce campaign by feminists and liberals.”

But a third party called for calming the controversy and said that “whoever wants to listen to advice, let him do so, and whoever does not want is free.”

The BBC Trend blog polled the opinion of Sheikh Hassan Chalghoumi, head of the Forum of imams in France, with what was raised “that the Islamic religion does not allow women’s face to be revealed”. Chalghoumi emphasized that:

Sheikh of Al-Azhar: “The niqab is not part of religion”

The Sheikh of Al-Azhar, Sheikh Ahmed Al-Tayeb, had said in a previous interview with him that “99% of the jurists and commentators said that what is meant by “adornment” is in the Almighty’s saying, “And they do not show their adornment except what appears” related to the face and hands, and they identified it in the kohl and the ring.

Al-Tayyib stressed that “a Muslim woman is permitted to uncover the face and hands at the four imams, and the feet at Imam Abu Hanifa,” and pointed out that “some of them permitted the appearance of what is between the palms to the middle of the arms.”

Dr. Ahmed Al-Tayeb, Sheikh of Al-Azhar, said that “there is no truth to those who say that women should cover their face, hands and feet during prayer,” and explained that “the veil is forbidden during prayer and Hajj,” and he cited the Prophet’s saying: “Do not veil the forbidden.”

The Sheikh of Al-Azhar stressed that “the head covering is only obligatory, not covering the face or hands, neither the niqab is obligatory nor the gloves nor the socks,” and pointed out that “the introduction of the niqab depends on one weak opinion in the Hanbali school” and that “all female companions were not veiled.”

Al-Tayeb continued: “If the niqab is something that is imposed on us, how can Muslim women be stripped of it during the performance of the Hajj rituals? The issue of the niqab is a personal freedom for women, and whoever wears it has complete freedom, and it has full respect, but in terms of legislation, it is not based on religion, but rather in terms of customs and traditions. “.

The official Al-Azhar Facebook page had addressed the issue of the niqab, or full-face covering.

And she confirmed in a publication that “if the saying that a woman wears the niqab is an opinion that exists for some jurists, then the statement that it is not obligatory and that it is permissible to uncover the face and hands of a Muslim woman in front of a non-mahram man is the view of the majority of jurists. It does not rise to the evidence of the public, so it is more likely and more likely to be accepted.”

Does Reda Hegazy modify the education system after his appointment? Decisive response and graphic statement 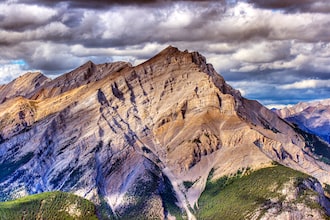