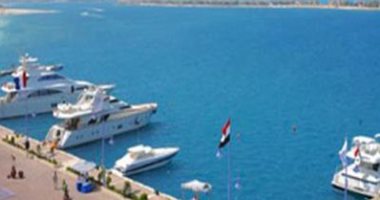 The past period witnessed the taking of many regulatory measures in the tourism and antiquities sectors, which had a good impact on the tourism sector. We review them in the following lines:

23 January 2022: The decision of the Minister of Tourism and Antiquities to oblige hotel and tourist establishments (Sharm El-Sheikh as a first stage) to obtain a certificate from an accredited international or local organization stating that they have implemented the requirements of green practices (the number of establishments that obtained a green certificate reached 132 hotels, and the number of diving centers that obtained a certificate reached greenfin certification 40).

26 February 2022: The decision of the Minister of Tourism and Antiquities to oblige hotel establishments to raise the minimum internet speed in them (the optical fiber has been connected to 135 hotels in Greater Cairo and Sharm El-Sheikh as part of the first phase of the initiative to raise the efficiency of internet speed in hotels, which includes 151 hotels).

6 April 2022: The Council of Ministers approved an increase in the values ​​of the minimum prices for accommodation in hotel establishments, and their implementation in all governorates of the Republic, as of November 1, 2022..

22 May 2022: Prime Minister Decision No. 1785 of 2022 appointing a deputy CEO of the National Museum of Egyptian Civilization for Archaeological Affairs for a year.

June 2022: Completion of the re-evaluation of hotel establishments in accordance with the new classification standards (new hotel standards) In the governorate of South Sinai for 144 hotels in operation during the evaluation period, and reducing the star rating for 64 hotels.

30 July 2022: Issuing a ministerial decision establishing a unit to follow up the Egyptian archaeological sites included in the World Heritage List, affiliated to the Ministry’s General Department of International Relations and Conventions..

What are the mechanisms of attracting European investment to Egypt in conjunction with the continuation of the Russian-Ukrainian war?