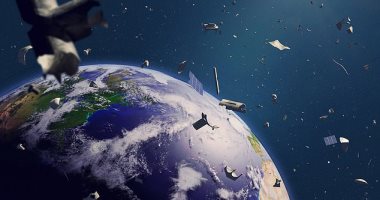 Experts revealed that the biggest threat to the spacecraft is in fact man-made debris in orbit, as Russia recently announced a mission in February to the International Space Station to transport the crew members who were destroyed by the capsule that was going to transport them to their homes, due to space waste.

According to Phys, while meteorites may sound scary, the biggest threat to spacecraft is believed to come from orbital debris, abandoned satellites and other man-made objects orbiting Earth known as “space junk.”

NASA says this is because collisions with space junk create more debris, setting off a rapid chain reaction of successive collisions that litter the orbit with small, dangerous objects.

The United Nations Office for Outer Space Affairs said there are half a million marble-sized pieces of debris and 100 million pieces measuring about one millimeter in orbit.

Soldini added that the International Space Station is the most protected spacecraft against such debris, and the space station has orbital shields to protect it from debris less than 1.5 cm in size, but space is getting crowded.

Countries using missiles to shoot down their own satellites have also added, in weapons tests, to the heap of space junk. Russia drew criticism from NASA in 2021 when Moscow destroyed one of its satellites during a missile test, creating more than 1,500 pieces of debris and forcing those in Board the International Space Station to take cover.

China created more than 3,500 pieces of large, trackable debris when it shot down one of its weather satellites in 2007.

More than 2,300 pieces of fresh debris were also launched into orbit when an abandoned Russian satellite collided with the US communications satellite Iridium in 2009.

The US Department of Defense tracks objects orbiting Earth, most of which are larger than 10 centimeters (about four inches), and if a larger piece of debris is seen heading toward the International Space Station, its thrusters move the space station out of the way.

Waste is the biggest threat to astronauts

For his part, Schmitt said the “big problem” right now is that without the Soyuz MS-22 capsule, nearly half of the seven crew members aboard would not be able to make it home.

Russia’s space agency Roscosmos said a new spaceship will be sent to the International Space Station on February 20 to retrieve two cosmonauts and a cosmonaut it initially planned to take home through the Soyuz MS-22 capsule.

Schmidt said that in normal times, the biggest threat to astronauts on the International Space Station might have been a fire, but now it’s different.

The UAE launches explorer Rashid on the first Emirati mission to the surface of the moon. Video and photos

How to view saved Wi-Fi passwords on iPhone and iPad

Study: 70% of Florida’s coral reefs are eroding.. Find out why