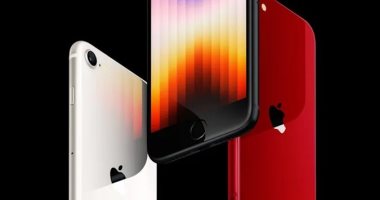 An analyst claimed that Apple canceled the plan to launch a new version of the iPhone SE, as previous reports indicated that the phone would arrive under the name iPhone SE 4 in 2024, while the famous analyst Ming Chi-Kuo also says that Apple will now rely on Qualcomm for 5G chips in 2024. also.

“The supply chain has received instructions from Apple indicating that production and shipping plans for the 2024 iPhone SE 4 have been canceled rather than delayed,” Ming Chi-Kuo said in a blog post, going on to say that Qualcomm would be the biggest winner in Apple canceling the 2024 iPhone SE 4. .

And with the iPhone SE 4, Apple wanted to test its own baseband chip before integrating it into the iPhone 16 series. With the phone now canceled, Qualcomm will remain Apple’s 5G chip supplier until at least 2024.

However, the cancellation of the iPhone SE 4 significantly increased the chances of Qualcomm remaining the exclusive supplier of baseband chips for the new iPhone 16 series 2H24, which is better than the market consensus that Qualcomm will start losing iPhone orders in 2024. Moreover, the decision to cancel iPhone SE4 will help Qualcomm maintain its leadership in the global advanced mobile radio frequency market until 2024.

Report: Apple will not provide Touch ID under the screen on iPhone 15 phones