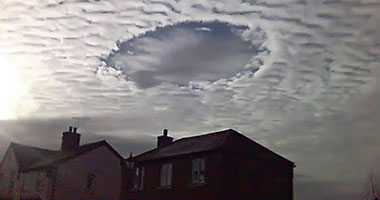 The United Nations revealed that the ozone layer on Earth is recovering at a pace that would make the layer between the polar regions reach pre-1980 levels by 2040, as scientists said, global emissions of chlorofluorocarbon-11 (CFC-11), a substance A banned chemical used as refrigerant and insulation foam, it has decreased since 2018 after increasing for several years.

According to the British Daily Mail, the assessment found that the 8.91 million square mile hole over Antarctica will close by 2066, and the atmospheric layer over the Arctic will return to normal by 2045.

The announcement comes more than 35 years after every country in the world agreed to halt production of chemicals that cut through the ozone layer in Earth’s atmosphere and protect the planet from harmful radiation linked to skin cancer, cataracts and crop damage.

The ozone layer is a natural layer of gas located in the stratosphere, which is the second layer in the Earth’s atmosphere.

Notably, in 1987, the Montreal Protocol was agreed upon, leading to the phase-out of CFCs and, more recently, the first signs of recovery of the Antarctic ozone layer.

The report said chlorine levels have fallen 11.5% since their peak in 1993, and bromine, which is more efficient at consuming ozone but is at lower levels in the air, has fallen 14.5% since its peak in 1999.

China discovers a new mineral on the moon.. know the details

Tesla is developing a virtual power plant in Japan.. know the details

Steps.. Learn how to hide likes and views on Instagram