Good news received by fans of Arab theater, after Turki Al-Sheikh, head of the General Entertainment Authority, announced a huge cooperation with the Egyptian Ahmed Helmy, one of the most important Egyptian movie stars in the past two decades, revealing a different kind of play during the coming period.
Al-Sheikh confirmed through a video clip that he posted on his Twitter account, the social networking site, with Helmy next to him, saying: “With the Arab star, whom I am proud to see today, Ahmed Helmy, who is not considered a stranger to the country. In a global play among many major projects, and the idea that I heard about from Ahmed will break the world, and many surprises in Saudi Arabia and a witness platform.”
For his part, the Egyptian artist said: “I am confident that we will present a different work.”
It is reported that Helmy joined the constellation of stars by placing his mark on the wall of fame in the Boulevard Riyadh City area, and with his well-known humor about him, he wrote on Twitter, the social networking site, attaching a picture of the moment he made his mark on his own plate:
Ahmed Helmy is among the giants of cinema, and one of the stars that achieves the most returns from the box office throughout history, as he participated in more than 25 films, since the late nineties, until this year with one second movie, for which he was famous for the song “The Movement” that swept the media. Social networking in the forefront of Tik Tok.
Helmy (52 years) lived part of his life in Saudi Arabia, and studied secondary school in Jeddah, before returning to Egypt after that and completing his study trip and joined the Higher Institute of Dramatic Arts, decorative department, to enter the artistic field after that and presents many cinematic masterpieces, especially the movie Keda. Reda, in addition to making me a criminal, black honey, XLarge, and sorry for the inconvenience.
In his speech, Turki Al-Sheikh alluded to the other giant artist, Karim Abdel Aziz, who participated with Ahmed Helmy in an unforgettable play for them, “Hakim Oyoun”, which is also the one who recalled Helmy’s memories during the clip.
The Riyadh season started in its third edition on the 21st of last October, and it is expected to present many technical surprises, which the season has always embraced in its first and second editions.

In reality, it is stranger than fiction.. This young man put his phone inside the grave of a friend during his burial..A few hours later he called the number, and the surprise that drove him crazy.. You won’t believe who answered him?

“Who is Faten Hamama?” This is how Omar Sharif received the news of his wife’s death 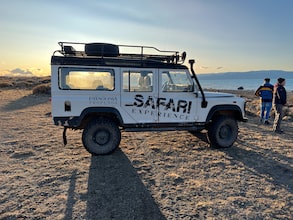 “She was like Sherine Abdel Wahab” .. know the other side

You will not believe how the Jordanians reacted to what the star Elham Shaheen said about them.. you will be shocked!!