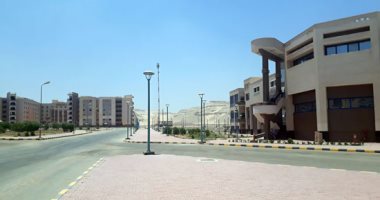 The Ministry of Housing, Utilities and New Urban Communities has pumped huge investments into the new Sohag city over the past eight years to provide integrated services to the current population, attract new residents to accommodate the population increase, and stop random encroachment on agricultural lands, while providing new investment opportunities for the private sector, which contributed In increasing the numbers of New Sohag – which is one of the third generation cities – from a few hundred families to thousands at the present time.

The area of ​​​​the new city of Sohag is 30.4 thousand acres within the territory of Sohag Governorate, and it is characterized by a variety of services between housing units within the presidential initiative, housing for all Egyptians, a hospital for treating children, commercial markets, electricity projects, “water and sanitation” facilities, roads, service buildings, and other projects. other.

The government has implemented educational projects for basic and university education, including language schools, Egyptian-Japanese schools, and the School of Excellence in the new city of Sohag, in addition to the new Sohag University, and a private university serving the people of Sohag, and another private university is planned to be implemented on an area of ​​​​25 acres, in addition to that Sohag now has 10 higher, intermediate and technical institutes in Sohag governorate, providing services to the people of the governorate.

A children’s hospital is also being implemented with a completion rate of 90%, and it is nearing completion, and it was agreed with Sohag University to start equipping and operating it at the earliest opportunity to provide a distinguished service similar to the Abu Al-Rish Teaching Hospital in Cairo, affiliated to Cairo University, and thus there will be an unparalleled hospital It has to provide services to children who did not receive these required quality services, and the parents are forced to bring their children to Cairo, or the nearest governorate, to receive this type of services, and with the completion of this hospital, there will be a specialized hospital at the highest level that provides services to Sohag and the nearby governorates.

More than 10,000 housing units have been constructed in the new city of Sohag, and many of them have been inhabited, and other units have been reserved, and we are currently moving towards housing them. “Housing for all Egyptians” units are being constructed at all levels, starting with social, average, and above-average housing; It amounts to 17 thousand housing units, while 504 housing units were delivered in the new city of Sohag, at a cost exceeding 51 million pounds yesterday.

The head of the New Sohag City Development Authority indicated that many electricity networks are being implemented in the city, to complete the implementation of networks in different regions, including: medium and low voltage network and street lighting “phase two” for the area of ​​455 adjacent acres (3 – 4 – 5 – 9 – 10) and serve Distinguished, investment, commercial and medical plots of land, and the electricity network of the strip area with a width of 100 meters and the integrated urban area north of the northern entrance to the city. Initial receipt of the remaining works for the project of the electricity network of the housing area of ​​buildings in the second district, and the replacement of 1500 sodium lamps with energy-saving LED lamps to save consumption and reduce emissions Thermal energy resulting from the use of sodium headlamps, and the technical determination of the electrical work of the social housing buildings for 42 buildings in the southern expansions area is under way.

Happy January for those.. Shares in the stock market achieved a rise of more than 25% in the first month of the year