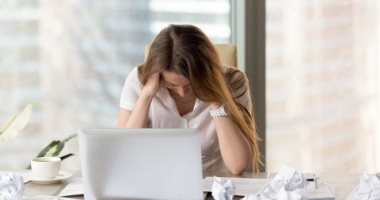 Scientists can determine when a person begins to lose focus based on their brain activity, and sound an electronic alarm each time this happens. doing it.

According to the British newspaper “Daily Mail”, the study included 36 people under the age of 60 who were given a focused task that required them to press a key every time a number flashed on the screen, unless the number was three, and they were asked approximately every 18 seconds how focused they were. On the task, to determine when their minds wandered, and after determining the subjects’ brain activity when their minds were wandering, using electrodes placed on their scalps, the researchers gave them the numbers task for another 20 minutes.

More than half of the people in the group this time heard an electronic stimulus whenever their brain patterns showed that their minds had deviated, and their minds wandered less after hearing the voices, compared to people who did not receive the stimulation when they were daydreaming.

People usually spend a quarter to half of their time thinking random thoughts when they should be focusing. Dr Isaku Kawashima, who led the study from the ATR Brain Information Communication Research Laboratory group in Japan, said: “Our ultimate goal is to develop neurofeedback training that allows people to manage their wanderlust. In a beneficial way, mind-wandering can make people less productive and is linked to depression.”

The study, published in the journal Neural Networks, gave 20 volunteers electronic noise to indicate when their minds wandered, while 16 of them heard noise randomly. Both groups were told that the electronic noise, which occurs 35 times on average, was random, and they should ignore it.

The researchers wanted to understand if using voices when people’s minds wander helped them recognize that this was happening and stop doing so as much.

How do you do it?.. How to turn off the “Memories” feature on iPhone

New features on Windows 11 File Explorer.. Get to know them