“Make me die, Mama,” the last words uttered by the child, Malik Muhammad, before he entered a coma, after which he died, after being hit by a stray gunshot, while he was on the balcony of his house in Al-Rawda Street in the Shubra Al-Khaimah neighborhood, during a groom’s upholstery ceremony.

For 67 days, the family of the child, Malik Muhammad, waited eagerly for him to wake up from a coma as a result of a stray gunshot wound, until he passed away last Wednesday on a bed in the Neurosurgery Department in Maadi Military Hospital. Gunshot wounds all over his head and body.

He suffers from severe bruises in the brain, lacerations in his tissues and expansion of the same tissues, in addition to his brain hemorrhage and subarachnoid hemorrhage, as a result of metal fragments in the brain. This is how Malik spent his last days before his death, after the doctors were unable to provide him with first aid.

The victim, the 10-year-old taekwondo player, Malik Muhammad al-Sayyid, won many championships nationwide, while the accused is a young man in his thirties who lives in a house adjacent to the victim’s.

On the evening of Thursday, October 20, the residents of Al-Rawda Street were surprised by a number of suspicious-looking young men blocking the street with “chairs and tables” and loudspeakers. Malik, the child’s uncle, says: “They were preparing a groom’s wedding ceremony in the street.”

The next day, after the Friday prayer, they closed the street completely, so that no one could enter or leave, in addition to closing the road leading to the mosque, and they began to parade with firearms, firing massively, which aroused the anger and fear of the people.

Since his childhood, Malik has been practicing taekwondo, and he goes to the club regularly, which enabled him to win many championships. As usual, Malik goes to the club, but on Friday, October 21, the usual scenario changed. Malik rushed out to his balcony to collect his sports clothes from the “clothesline”.

While the child Malik was clutching his gym clothes with his hand, a stray bullet fired from one of the youths, lodged in his head, and he fell to the ground, shouting: “Mama, you’re dead!”

The child’s words fell like a thunderbolt on his mother, who rushed towards him. She carried him, with blood flowing from his body. She went to Ghamra Military Hospital, and he was transferred to Maadi Military Hospital. due to the seriousness of his condition.

Hours later, the security services were able to arrest the accused who caused the accident, and a report was issued regarding the incident.

The family of the accused young man offered a sum of money “to pay blood money or a ransom” on the eligibility of the child, Malik. For their relinquishment of the report, the child’s uncle says: “It is impossible for us to sell our son’s blood. We will let the law take its course.”

Dr. Ashraf Sobhi, Minister of Youth and Sports, assigned the Ministry’s specialists to follow up continuously and around the clock with the player’s family, in coordination with the Egyptian Taekwondo Federation, to provide the necessary support.

Last Wednesday, the child died, after 67 days spent inside the hospital, after his health deteriorated, and the Minister of Youth and Sports mourned with great sadness the death of the child, “Malik Muhammad Al-Sayed.”

The Minister of Sports offered his sincere condolences and sympathy to the child’s family, praying to God Almighty that the deceased be filled with the abundance of his mercy and dwell him in his spacious gardens, and inspire his family, relatives and lovers patience and solace.

Helmy Mashhour for the youth team players: You gave an honorable performance and we are waiting for the best next Sunday

Behind the scenes of the dressing room .. What did Hossam Hassan say to his colleagues in Al-Ahly after Koshary scored 11 goals in two matches? 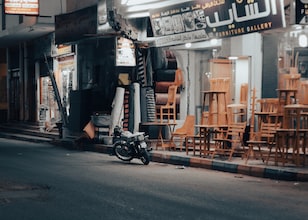