A central bank statement said today that the global economy has faced many shocks and challenges that it has not witnessed for years, as global markets have recently been exposed to the spread of the Corona pandemic and closure policies, and then the Russian-Ukrainian conflict followed, which had severe economic repercussions, and this caused Pressure on the Egyptian economy, as it faced an exit from foreign investors’ capital, as well as a rise in commodity prices.


In light of the foregoing, then taking reform measures to ensure macroeconomic stability and achieve sustainable and comprehensive economic growth. To this end, the exchange rate will reflect the value of the Egyptian pound against other foreign currencies through the forces of supply and demand within the framework of a flexible exchange rate system, giving priority to the central bank’s primary objective of achieving price stability, and thus, this will enable the Central Bank of Egypt to work on creating and maintaining levels Sufficient international reserves.


The Central Bank of Egypt will gradually cancel the instructions issued on February 13, 2022, regarding the use of documentary credits in import financing operations, until the completion of their complete cancellation in December 2022, and this is an incentive to support economic activity in the medium term. The Central Bank of Egypt will also work on building and developing the financial derivatives market with the aim of deepening the foreign exchange market and raising the levels of liquidity in foreign currency.


In order to support the medium-term price stability objective, the Monetary Policy Committee decided, in its extraordinary meeting, to raise the overnight deposit and lending rates and the central bank’s main operation rate by 200 basis points to reach 13.25%, 14.25% and 13.75%, respectively. The credit and discount rate was also raised by 200 basis points to 13.75 .%. 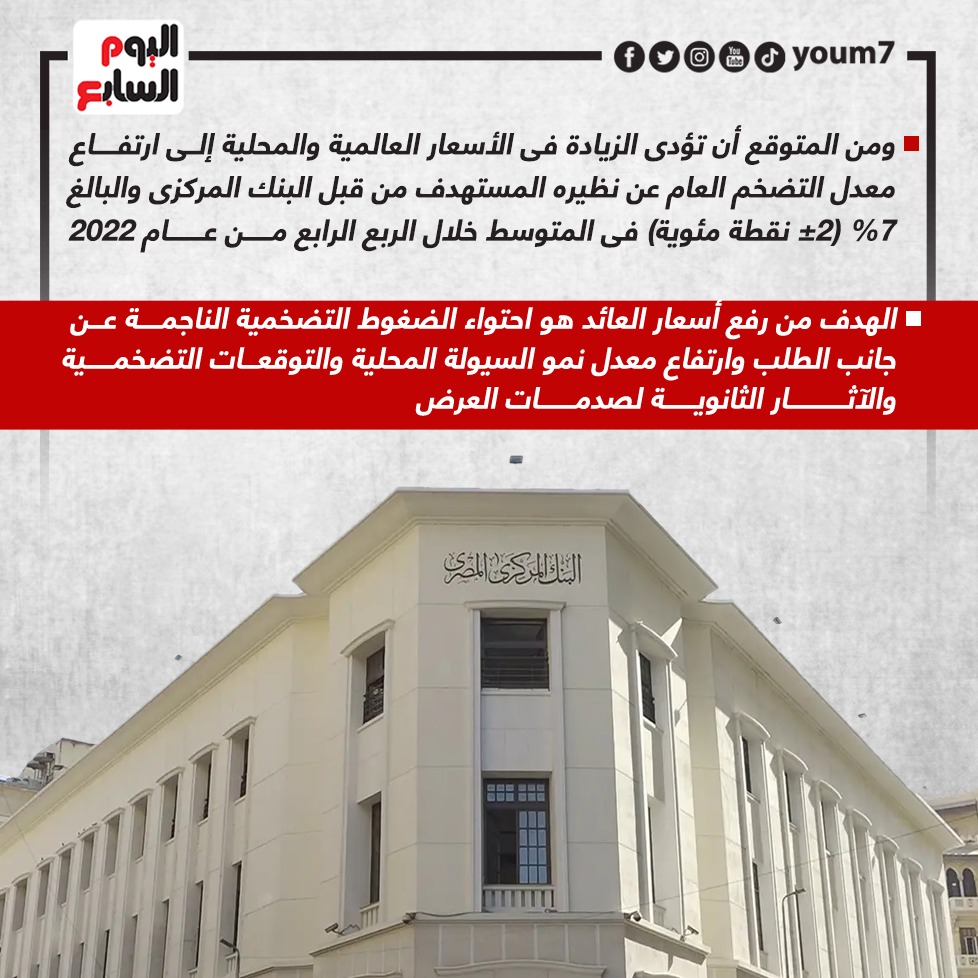 Member of the Health Care Chamber: Medical companies have invested in green transformation