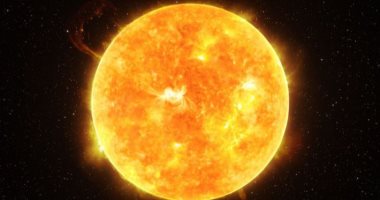 Solar activity has increased recently as huge, active regions of the sun orbit its eastern edge, facing Earth. The location of the active regions, in question, dubbed NOAA 13169 and NOAA 13170, was predicted by the Global Oscillation Network Group (GONG), a network of telescopes across the Earth that monitors the sun constantly.

According to RT, the newly visible active regions join other current Earth-facing active regions, NOAA 13190, 13191 and 13192, which span the northern and southern hemispheres.

Observations of the GONG Network, managed by the National Science Foundation (NSF), suggested that as these active regions turn to face Earth, our planet will experience an increase in explosive solar events, including many M- and C-class solar flares.

This prediction was also confirmed as the Sun engaged in a violent display of solar flares that, fortunately, posed no danger to Earth apart from the slight radio outage associated with M-class flares.

“The long-range GONG imaging has given us about two weeks of data, where two large active regions will soon appear on the Earth-facing side of the sun,” Alexey Pevtsov, associate director of the National Solar Observatory’s Integrated Comprehensive Program (NISP), which includes the GONG network, said in a statement. This increases the possibility of large flares and other solar activity that could negatively affect the planet.”

The GONG network relies on a technology called the solar hologram, which uses sound waves bouncing off the Sun’s interior to create a picture of solar activity on our far side of our star.

The huge active regions of the Sun now facing Earth have produced coronal mass ejections (CMEs), but none have been directed toward Earth yet. Coronal mass ejections are explosions of plasma and charged particles capable of carrying billions of tons of material from the Sun at speeds of hundreds of miles (or kilometers) per hour.

Coronal mass ejections can be harmful to astronauts and space technology, and if this magnetic plasma explodes with the force of Earth’s protective magnetic bubble, the magnetosphere, it can create turbulence that sends particle radiation into the upper layers of the Earth’s atmosphere.

This disturbance can lead to electrical current surges that may further stress power grids and telecoms infrastructure, causing widespread power outages. For example, during the Carrington Event of 1859, a geomagnetic storm caused telegraph systems worldwide to fail.

The active regions of the sun will remain facing the earth until about Wednesday (January 25), at which point they should move across the western edge of the sun and disappear from view.

Solar activity will continue to increase as the sun heads into the solar maximum phase of the current 11-year solar cycle, dubbed Solar Cycle 25, and solar maximum should occur in 2025.

Did Elon Musk lie in his tweets about Tesla in 2018?..a report answers

Astronomers monitor the “ghost” of a giant star that exploded 11,000 years ago