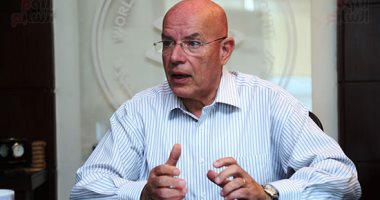 Next Tuesday, the Egyptian Exporters Association (Expolink) will organize a celebration on the occasion of the 25th anniversary of its establishment, to honor its founders and major exporting companies in various sectors, for their active role in the growth of the Egyptian economy, in line with the political directions of the Egyptian state to increase exports.

During the celebration, the Chairman of the Board of Directors, Mohamed Kassem, will announce the “business community’s vision for the future of Egyptian exports”, in cooperation with a group of associations, federations, export councils, and chambers of commerce in their various sectors, in the presence of the authorities concerned with the export file from ministries, embassies, authorities, banks, export councils, industrial and commercial chambers, and businessmen.

Engineer Ahmed Taha, Executive Director of the Businessmen Association, will present an introduction to the association’s services, which it has been keen to provide during the previous 25 years of its establishment to assist exporters and entrepreneurs in various sectors, which had the greatest impact on a steady increase in Egyptian exports, which have been developed to align with the perspective of the Council. The new management in terms of penetrating new markets and providing innovative products to the targeted countries of the world, and the diversity of products that are exported to different countries and expansion in different markets, especially the African and Asian markets, the Latin American market and the countries of the Eurasian Union.

During the ceremony, Eng. Shadi Al-Manzalawi – Secretary General, will also shed light on the new direction of the Egyptian Exporters Association, which is in line with the requirements of the times and technological development, in a way that allows gaining friends and partners from various parties supporting the Egyptian economy and building bridges of cooperation and communication in various parts of the world.

Member of the “Ibda'” initiative: $ 50 million investments in the “calcium phosphate fertilizer” plant

What do you know about Takaful insurance and its stages of development? .. The Egyptian Federation answers

With the participation of more than 40 artists from different countries of the world..Al-Dhow Development Company launches the “Dhow International Art Festival” in Hurghada next October