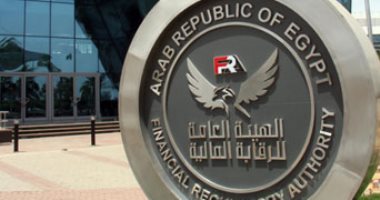 Dr. Mohamed Farid Saleh, Chairman of the Board of Directors of the Financial Regulatory Authority, issued two resolutions No. 60 and 61 of 2023, suspending the activity of Trillion World Financial Consulting on Securities, and Heliopolis Financial Investments, from practicing the licensed activity for a period of 30 days, pursuant to the provisions of Article (30). ) of the Capital Market Law promulgated by Law No. 95 of 1992, due to their failure to remove the violations attributed to them, which were mentioned in the legally announced warning against the Public Prosecution during the month of June.

The authority obligated the two violating companies to remove the charges attributed to them and shown in the warning addressed to them during the suspension period, and to provide the FRA with evidence of that supported by the documents, otherwise the procedures of Article 30 of the Capital Market Law No. 95 of 1992 will be completed by canceling the license granted to the two companies.

Article 30 of the Capital Market Law states: “The company’s activity may be suspended if it violates the provisions of this law, its executive regulations, or the decisions of the Authority’s Board of Directors issued in implementation thereof, or if it loses any of the licensing conditions, and it did not, after warning it, remove the violation or complete the licensing conditions.” Within the period and on the conditions determined by the Chairman of the Authority.

The Central Bank: The volume of domestic liquidity increased to 6.416 trillion pounds by the end of April

Chamber of Grain Industry: The government receives more than 4 million tons of wheat from farmers