The first camp of the Egyptian national team, led by Roy Vitoria, started last Monday, in preparation for a friendly match against Belgium on November 18 in Kuwait, and there were many rumors during the past hours about the position of some players in the team, such as Mahmoud Metwally, Yasser Ibrahim, Karim Fouad and Mohamed Awad.

And Roy Vitoria, the coach of the Egyptian national team, had announced the list of Egypt’s national team, including 24 players, in preparation for a friendly match against Belgium on November 18 in Kuwait.

For his part, Hazem Emam, a member of the Board of Directors of the Egyptian Football Association, responded to the rumors that have spread recently, and Hazem Emam told the “Evening On Time” program on the “On Time Sport 2” channel: “Accusing the technical staff of the Egyptian national team of causing Mahmoud Metwally’s injury is false. “.

Mahmoud Metwally suffered a hamstring muscle injury that caused him to be excluded from the national team list and to summon Khaled Sobhy, the Alexandrian defender, to replace him, and neither the player nor his club notified the medical system of any special physical program he was subjected to.

In response to what was reported that Hazem Imam was the reason for excluding Karim Fouad, the little fox said: “By God, the great is a defect. Vitoria has won championships and great history. Will he listen to me? There are 8 players from Al-Ahly, and the words that are repeated are not normal.”

And he continued: “When no player joins any list, rumors always come out that there is an official in the Federation who is the reason for this, and I, by God, did not know the list until after it was announced,” and he concluded: “If I was the one who would tell the coach what to do, I would not have paid all This money is in a great coach, and I would have chosen another with a lower salary and dictated what he should do.”

On the other hand, Vitoria was keen to hold a session with Mohamed Awad, the goalkeeper of Zamalek, during which he confirmed his conviction of his level, and that not including him in the last camp was due to his team’s association with an important match in the African Champions League.

On the anniversary of the martyrdom of Imam Hussein .. Where is the honorable head? 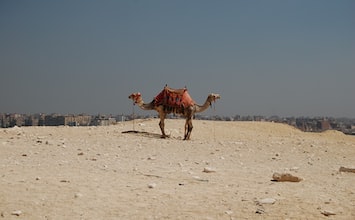 Giza Governorate announces job opportunities with salaries up to 5000 pounds.. Know the details

Debts in the millions.. Will banks stop financing pharmacy chains