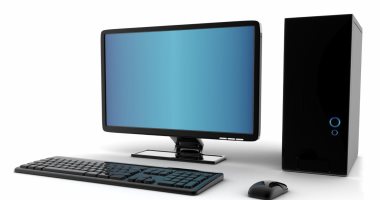 The worldwide PC market 2022 has not seen progress and has suffered just about everywhere. According to Gartner, worldwide PC shipments totaled 65.3 million units in the last quarter of 2022. This was a 28.5% decrease from the fourth quarter. From 2021.

This marks the largest drop in quarterly shipments since Gartner began tracking the PC market in the mid-1990s. says Gartner.

Microsoft announced its quarterly results and the impact of the PC market can be clearly seen in the revenue the company generated from Windows during its quarterly earnings call.

Microsoft revealed that its Windows OEM dream fell dramatically by 39% in the second quarter.

This is the revenue Microsoft earns when PC manufacturers put Windows on their machines.

“While the number of PCs shipped decreased during the quarter, returning to pre-pandemic levels, Windows usage intensity is still higher than it was pre-pandemic, as time spent per PC increased,” Nadella said during the earnings call. by about 10 percent.”

Not many customers are looking to upgrade

“As many consumers already have relatively new PCs purchased during the pandemic, a lack of affordability supersedes any impulse to buy, causing consumer demand for PCs to decline,” said Mikako Kitagawa, director of analysts at Gartner. personality to its lowest level in years.”

Demand for computers has fallen in almost every part of the world, with Europe, the Middle East and Africa experiencing a 37.2% decline according to Gartner, due to the intersection of political turmoil, inflationary pressures, rising interest rates and an impending recession.

“A decline of this magnitude only occurs when market demand actually stops,” Kitagawa said. “Business and consumer confidence has collapsed in the EMEA region, leading to a significant drop in demand for PCs.

Report: iPhone 14 will start with 128GB storage only

Twitter fights misinformation in US midterms with notification changes

Will Netflix abandon commercials for some types of content?