Books – Mahmoud Saeed and Tariq Samir:
Today, Sunday, the Matrouh Appellate Misdemeanor Court suspended the ruling in the appeal of the six “Matruh lawyers” to imprison them for two years, until the next February 5 session.

The court decided to release the lawyers pending the case.

During today’s session, hundreds of lawyers or more flocked to the Matrouh Court of First Instance, in support of their imprisoned colleagues, and a committee formed by the Bar Association pleaded on behalf of their colleagues, which included members of the council, captains of subsidiary unions and lawyers of cassation, in addition to the Council of the Matrouh Bar, headed by Abdel Halim Allam, head of the Bar Association.

The details of the incident took place on January 5, when a lawyer went to the secretary of one of the circuits in the Matrouh Court to ask about the agenda of the sessions and the rulings that were issued. While the lawyer was in court with his colleagues, they clashed with the employee and two others.

One of the court judges wrote a memorandum of the incident and submitted it to the Supreme Judicial Council, in which he noted that the quarrel resulted in the injury of the employees. The security services arrested the six lawyers and employees and referred them to the Public Prosecution Office, which ordered the referral of the lawyers to trial on charges of displaying force, assaulting employees and gathering, and released the three employees.

Last week, a court of first instance ruled that Matrouh lawyers be imprisoned for two years with hard labor, and placed under police supervision for two years. This prompted the Bar Association to declare a strike pending an appeal against the verdict.

Cairo Governorate: 5 new outlets for food commodities in every district east of the capital 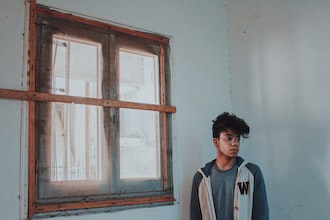 Biden comments on describing Egypt as “the mother of the world”, and Sisi talks about human rights in his country