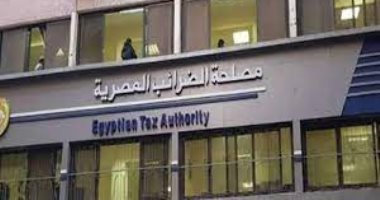 The trial run phase of the “Your Bill, Your Protection and Your Prize” program in a number of stores in (Mall of Arabia, Cairo Festival Mall, Mall of Egypt, City Stars Mall, and City Center Mall).

Mukhtar Tawfiq, head of the Egyptian Tax Authority, confirmed that the citizens’ incentive system, “Your Bill, Your Protection, and Your Prize” program, contributes to integrating the informal economy into the formal system, and thus maximizing tax resources for the state budget, pointing out that the program is based on urging and motivating the citizen to obtain a receipt or invoice when he By obtaining a good or service, by giving him various prizes according to specific criteria.

Mukhtar Tawfiq, head of the Egyptian Tax Authority, explained that the implementation of the “Your Bill, Your Protection and Your Prize” program is closely monitored by the Minister of Finance, noting that the pilot operation phase of the program includes a number of stores in five malls only, which are (Mall of Arabia, Cairo Festival Mall, and Mall of Egypt, And City Stars Mall, and City Center Mall), to measure citizen interaction by offering immediate discounts as soon as the purchase transaction is sent through the cashier employee in the participating stores, and to find out which stores are participating in the pilot operation of the program through the website of the Egyptian Tax Authority in “Your guide to dealing with the citizen incentive system at the following link:

Mukhtar Tawfiq said that the mechanism for applying this program, during the trial run phase, depends on the fact that the citizen, when purchasing a commodity or obtaining a service from the stores in the five malls participating in this stage, must ask the seller for a receipt or an invoice, as well as ask him to participate in the “Your Bill” program. Your protection and your prize.” The merchant sends the citizen’s mobile number and the value of the receipt or invoice by sending a free message to the number “9119.” After that, a short message is sent to the citizen, from ETA Rewards, containing the value of the receipt or invoice, the name of the merchant and his branch, and with a request to confirm the transaction. Through a code to resend it to 9119.

And the “head of the Egyptian Tax Authority” continued, saying, after the citizen confirms the transaction by sending the code to the short number “9119” for free, he will receive a message with the award code in a message from ETA Rewards, explaining that the award at this stage is estimated at a certain discount rate, and the citizen can use The prize code at the gift merchants participating in the program and who are in a link in the message he received with the value of the prize.

He added that the integrated communication center of the Egyptian Tax Authority responds to all inquiries, by calling the hotline 16395.

How to send “Reactions” on WhatsApp with the steps

Realism in the face of social media falsehood.. Will BeReal end the era of Instagram and Snapchat?