In a heavy-caliber confrontation, the Zamalek team faces its Al-Ahly counterpart at seven in the evening, Friday – Cairo time – at Hazza Bin Zayed Stadium in Abu Dhabi, United Arab Emirates, for the Egyptian Super Cup title, in a confrontation that is not divisible by two, in the presence of a crowd of nearly 25 thousand fans. .

The competition for the Egyptian Super Cup began in 2001, and the first and second editions were won by Zamalek, who was at the height of his brilliance during this period. As for Al-Ahly, he achieved his first title in 2003 and continued to crawl until he became the historical champion of the tournament with 11 titles.

Al-Ahly and Zamalek have faced seven times in the Egyptian Super Cup since it was first held in the 2001-2002 season.

The first confrontation between Al-Ahly and Zamalek in the Egyptian Super Cup was delayed until the third edition, in which the “Red Genie” won on penalties, after the end of the match time in a negative tie, and Al-Ahly outperformed Zamalek in the record of the two teams’ confrontations in the Egyptian Super Cup, where the “Red Genie” won The title on five occasions compared to twice in favor of the “White Castle”.

Zamalek, led by Portuguese Josevaldo Ferreira, seeks to continue its superiority over Al-Ahly after winning it in the last Egypt Cup final with two goals against a goal, in order to crown the local treble for the first time in its history, as Zamalek has never been crowned with the treble in its history.

Ferreira is looking for his fifth title with Zamalek, to be the most foreign coach to win championships with Zamalek throughout history, and he has surpassed the titles of the Brazilian Cabral and the German Atovester with Zamalek, who each won only 4 titles, which is the same as Ferrera’s titles so far.

On the other hand, the Swiss Koller is looking for his first title with Al-Ahly in his first appearance in the top matches, where he hopes to win it to enter the heart of the red masses.

Al-Ahly hopes to achieve its twelfth title in the history of the local Super Cup, to continue to move away from its closest rival, Zamalek, which has only 4 titles in its treasury of the local super.

In the super match, Zamalek loses Mahmoud Hamdi’s services, “Al Wansh”, due to a rupture of the hamstring tendon, as a result of which he will be absent from the team for a period ranging between 4 and 6 months.

The white team also loses the services of Senegalese Ibrahima Ndaye, due to his suffering from a hamstring injury, as a result of which he will be absent from the team for a period of no less than 3 weeks, while the absence of the newcomer to the White Castle continues, Nabil Imad Donga, who suffers from a knee cartilage injury, which was exposed Her during his time with the national team.

In Al-Ahly, the Malian Aliou Diang is absent for injury, in addition to Mahmoud Abdel-Moneim Kahraba due to the suspension, and the duo, Mohamed Mahmoud and Ziad Tariq, are also absent from the match, for technical reasons, and the absence of Ammar Hamdi, who is undergoing rehabilitation after recovering from the cruciate ligament injury he suffered in Last season. 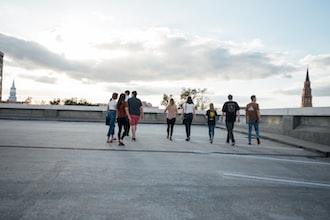 FilGoal | News | For the first time in its history, Nahdet Berkane wins the African Super Cup at the expense of Wydad