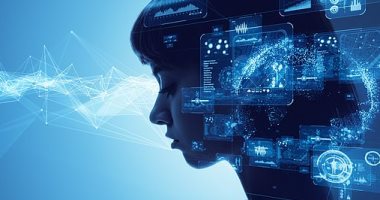 ChatGPT is a chat program launched by OpenAI in November 2022. It is built on the basis of OpenAI’s GPT-3.5 family of large language models, and is tuned with supervised learning and strengthening techniques. ChatGPT was launched as a prototype on November 30, 2022, and quickly attracted attention with its responses. Detailed and detailed answers in many areas of knowledge

ChatGPT is an AI-powered chatbot developed by AI research firm OpenAI. The chatbot understands natural language and responds in a human-like way. It is based on GPT-3.5, which is a language model.

Thus, ChatGPT can perform various functions including answering questions, writing text in a natural way, solving code, composing poetry, and so on.

Another key feature of the bot is that it can remember a conversation and often references previous comments as the conversation progresses. To test its ability to remember information, the chatbot was asked to tell a story and we found a story about two characters, Jack and Lily.

After a few minutes, we asked the chatbot if it remembered the story it told us and the response was, “Yeah, I remember the story I told you about Jack and Lily building their dream home. Do you have any questions about that, or would you like to hear a different story?”

At the time of launch, ChatGPT had surpassed over 1 million users within the first week, and people still can’t stop talking about this unique AI and sharing their experiences on social media, from generating video ideas for content creators to helping developers spot bugs in Their code, ChatGPT seems to have a little something for everyone.

How do you do it?.. How to report abusive photos and videos on WhatsApp