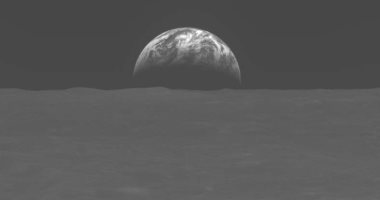 People this year are on a date with 4 giant moons, one of which is the “Blue Moon”, which does not happen every year, according to the Sky News Arabia report.

What is a supermoon?

• The supermoon is a rare and impressive lunar event that you only catch a glimpse of a few times a year.

• When that happens, the sky is filled with a big, bright moon that would dazzle anyone gazing at it.

• The super moon is a combination of two different astronomical effects, specifically when a new or full moon coincides with the “lunar perigee”, which is the point closest to the earth in its monthly orbit.

• The moon must be close to 90% of its nearest distance from Earth, to be officially defined as a supermoon.

• This means that the moon needs to come close to a distance of 224,865 miles from Earth, and for it to be a full moon.

The world will have a date with 4 giant moons during the year 2023, according to the British newspaper “The Sun”, on the following dates:

The August 30 supermoon happens to be a blue moon, which is rare.

• Occurs when you get the second full moon in a calendar month.

• The moon has nothing to do with the color blue (as with the name), but it is exciting.

• The Blue Moon occurs every two or three years.

iPhone 14: Apple will add these new features in 2022 versions

A new feature on Facebook helps creators communicate with followers.. Know the details